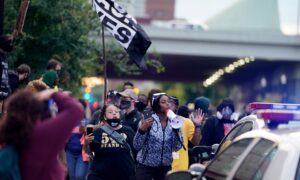 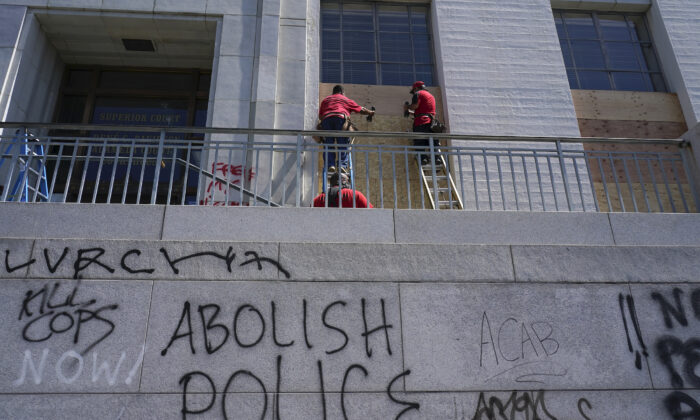 Identity Politics Is a Tool to Break Down America: Expert

Identity politics is the reimagining of America as not a united country or a united nation but as a confederation of identity groups, according to Mike Gonzalez, a senior fellow on E Pluribus Unum at Heritage Foundation.

These groups have been created synthetically by activists on the left for the purpose of instilling the members of the oppressed groups with a sense of victimhood and grievances so they would act as a catalyst to change the society and to change America, Gonzalez said.

This is consistent with the archetypal Marxist conflicts between “the oppressor” and “the oppressed.”

Behind the identity politics is an attempt to transform American society and the United States into a communist centrally planned system. Gonzalez outlined this in his book, “The Plot to Change America: How Identity Politics is Dividing the Land of the Free.”

Hispanic and Latino identities were created by the Office of Management and Budget in 1977 and these categories were included in the national census, Gonzalez said. Another artificially created identity group is Asian Americans, which appeared shortly after, he said.

When UCLA researchers interviewed people in Mexican American communities in Texas and California in late 1960 for a project that produced the report, “The Mexican-American People. The Nation’s Second Largest Minority,” it turned out that Mexican Americans did not feel like victims, like they were marginalized, or were members of a minority, Gonzalez said.

In 2015, a new identity category called “Middle Eastern or North African,” or “MENA,” was created by the Census Bureau. However the debate on this category held at that time at the Census Bureau showed that “the Americans of Middle Eastern descent had no interest in being members of a category,” Gonzalez said, adding that most of them wanted to continue to be considered white, had assimilated to mainstream American society, and did not feel that they were marginalized.

At the same meeting, a professor of ethnic studies proposed to award to members of the MENA category some benefits such as preferential treatment in school admissions or obtaining government contracts, in order to convince those people to consider themselves an identity group, Gonzalez said.

Herbert Marcuse, a prominent Marxist scholar of the Frankfurt School, wrote: “All liberation depends on the consciousness of servitude.” People need to be conscious of their servitude first, of being oppressed before they can react through revolution, explained Gonzalez.

Marcuse posited that there would be people of different races and colors who would be the revolutionary base that would rise up and overthrow the so-called oppressive system, but they must be instructed first about their oppression and servitude, Gonzalez said.

Taking responsibility for one’s own life and dealing with one’s problems individually is not what Marxists advocate. They admit that a person can succeed individually but claim that by doing so the person joins a bad system, Gonzalez explained.

Gonzalez said that Angela Davis, an American communist activist, professor, and intellectual mentor to the leaders of the Black Lives Matter organization, openly stated that a person who succeeds in life as an individual joins a “heteronormative, systemically racist” system that needs to be dismantled.

In order to dismantle the system, according to Marxist thought, “you need to be upset,” he said, to feel victimized by the system, and only then will people act collectively.

Therefore, Marxists “don’t want individual improvement—in fact, they militate against all the things that would help the individual succeed in society,” Gonzalez said.

Critical race theory, which perceives all of American life through the prism of race, states that racial dynamics are oppressive, and that America is systemically, structurally, and institutionally racist. Therefore, all institutions and structures in the system must be changed.

“It is a Marxist philosophy from the beginning and it’s really the philosophy behind the Black Lives Matter organizations, the 1619 project, and all the woke culture that we see today,” Gonzales said.

Critical race theory is an offshoot of critical theory, which was developed by the founders of the Frankfurt School, a group of Marxist intellectuals first associated with the University of Frankfurt and later with Columbia University in New York upon relocating to the United States.

Critical theory, which first emerged in 1937, held that “there were no universal truths and man could not be objective,” wrote Gonzalez and Lindsey Burke, a fellow at the Heritage Foundation.

It was developed by German Marxists who were wondering why the attempt to create a German soviet republic in 1919 failed and the German proletariat did not rise up to overthrow the bourgeois despite the successful founding of the Soviet Union in 1917, Gonzalez said.

They came to the conclusion that the proletariat had accepted “all the givens of the oppressors” such as religion, the economic model of capitalism, and the patriarchal family. They needed “to approach the workers not only as an economic class but culturally, get them to stop accepting the nation-state, the church, the family, and the capitalist system, and change their mind through struggle sessions.”

Therefore, the Frankfurt School developed critical theory, which Gonzalez described as “an intense unrelenting criticism of all these institutions of the West, the family, the church in order to tear them down, to make them easier to tear down, and to replace them with the things that the Marxists want.”