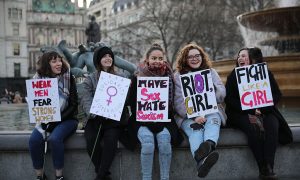 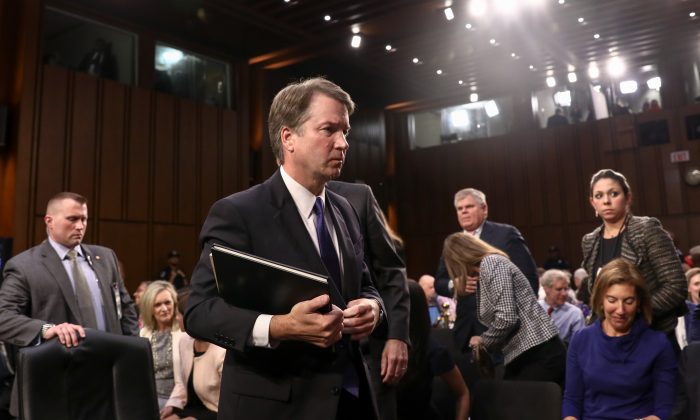 Judge Brett Kavanaugh departs after testifying before the Senate Judiciary Committee during the first day of his confirmation hearing to serve as Associate Justice on the U.S. Supreme Court at the Capitol in Washington on Sept. 4, 2018. (Samira Bouaou/The Epoch Times)
Viewpoints

Identity Politics, Covington Catholic, and the Soul of Our City

Plato famously suggested that the city is the “soul writ large” and that it’s thus easier to understand justice as it is displayed in the political community than in an individual. The Covington Catholic High School media maelstrom was a perfect storm of every identity-politics trigger in our political landscape.

What, then, can we learn about justice and the soul of America from what happened on the steps of the Lincoln Memorial on Jan. 18?

For the past 50 years, we have turned to identity politics as a chemotherapy to eradicate the cancer of various social inequalities. Despite these attempts, the divisions in our country appear to be growing worse. Further, recent events suggest that our attempts to manipulate society are twisting us into something ugly, even devilish.

The present cure of identity politics is proving not only worse than the disease, it’s also metastasizing the very evil it loathes throughout the body politic.

Last September, after then-Judge Brett Kavanaugh gave his testimony regarding allegations leveled against him by Christine Blasey Ford, something strange happened. People who watched the same footage drew opposite conclusions from what they saw. To some, Kavanaugh was clearly lying; to others, he was clearly telling the truth. In the Covington Catholic debacle, the same thing happened. Even now—after all the footage is in—some people still see a sinister smirk, where others see a sanguine smile.

It’s not that people merely suspect Kavanaugh and the Covington boys of malice; it’s that they believe it has to be true and want it to be true that is so disturbing. To dare paraphrase Shakespeare, to err in accusing someone is human, but to insist that it become true is diabolic.

An often-cited study on the subject of confirmation bias argues that a degree of confirmation bias is natural and even necessary to proper functioning in the world. Nonetheless, it warns that there is a point where we “use evidence already processed in a biased manner to bolster the very theory or belief that initially ‘justified’ the processing bias.”

To a degree, this fact seems inescapable. Thus, it matters a lot if our beliefs are good or not, for everything we experience will tend to entrench them.

Widening Divide in Our Beliefs

Regardless of anyone’s beliefs about the matter (or anyone’s own “truth,” Sen. Corey Booker), Kavanaugh either did or did not assault Ford. The Covington boys either did or didn’t harass Nathan Phillips. Each of these cases involves the noble human capacity for choice.

The recent anniversary of his birth brings to mind Martin Luther King Jr.’s eloquent summation of this aspiration. “I have a dream that my four little children will one day live in a nation where they will not be judged by the color of their skin but by the content of their character.” If as humans we have the ability to use reason to make moral choices, then it’s right that we praise and blame each other for those choices alone.

But this moral paradigm is changing. It’s being replaced with an ethic of cultural Marxism. According to this ideology, a person’s morality is determined by the guilt or innocence of the group with which he or she is identified, and every group is either a historical oppressor or a historically oppressed class.

This mythology is shaping the way we think. Far too many people don’t really care if Kavanaugh actually assaulted Ford or if the boys in MAGA hats actually accosted Phillips. They were guilty merely because of the status of the groups with which they are identified, i.e., guilty for being white males and not apologizing for it.

As journalist Rich Lowry noted: “This is why very little outrage has been directed at the venomous, freakishly anti-gay, openly racist Black Hebrews who berated and taunted the [Covington] students.”

The New Ethic Is the Old Problem

Cultural Marxism has been ingrained so deeply with the left that not only do they themselves see everything in terms of this new ethic, but they can’t help but think the right also does.

A recent New York Times article argues that the proposed border wall is “a stand-in for the larger promise of broad racial (and religious) exclusion and domination. … [Y]ou can almost think of the wall as a modern-day Confederate monument.”

Lost to the author is any recognition that the United States is the country most welcoming to immigrants in the world or any conception of the rights of sovereignty for the children of those who immigrated legally to this country in the past.

The same reason the left believes it is immoral for a white boy with a Trump hat to stand his ground unapologetically when approached by members from historically oppressed groups is the same reason they believe it’s immoral for the United States to erect a border wall unapologetically that will stand up to the demand to enter from oppressed migrants.

Its believers consider this neo-Marxist paradigm the height of morality, but, in fact, its moral foundation is the same as that for every genocide. According to the present ethos, racism that “punches up” is acceptable, while racism that punches down is the mother of all sins. Turns out that neo-Marxist racism is no different in essence from the old racism.

What we all witnessed in the social-media storm following the Covington craziness was an electronic lynching mob. In righteous indignation after the initial report, a liberal acquaintance of mine unleashed his own ire on social media, alerting anyone with more courage than he that “there is a guy on the bus wearing a MAGA hat. In Seattle on the 8 bus.” What was he hoping to instigate?

How much longer are we going to drink this poison of identity politics, convinced that it will only kill off the worst of us, while our whole society sickens?