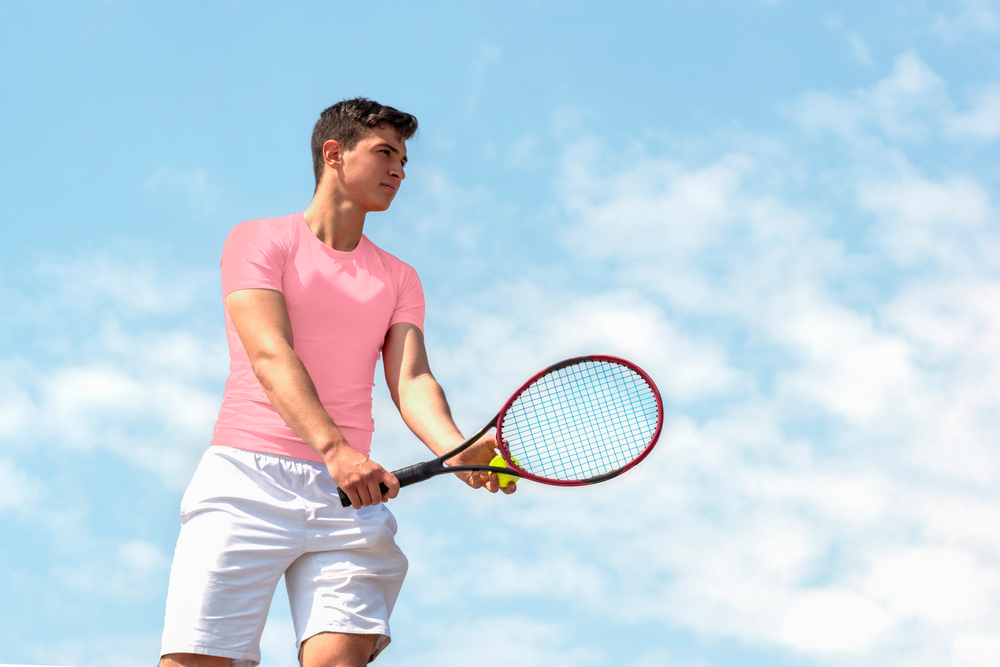 Life is like playing tennis. (Shutterstock)
Free to use

Identifying Our Blind Spots Through Observation and Reflection

Kelly Boys, author of The Blind Spot Effect: How to Stop Missing What’s Right in Front of You, highlights the fact that blind spots have multiple dimensions, including cognitive (the way we think) and behavioral (what we actually do in response to stimuli). In an earlier post I explored these dimensions in more detail and shared Kelly’s approach to identifying our core blind spot involving a meditative exercise that focuses on our bodily sensations and the underlying cognitive message that we are giving ourselves.

Our blind spots can impact every facet of our lives, including our relationships, work endeavors, sport activities, exercise routines and our diet and nutrition. Through mindfulness and employing observation and reflection we can gradually recognize our blind spots and work to overcome them. This is a life-time pursuit that needs to be worked at consistently and persistently. Our blind spots are often manifest in our reactivity to stimuli whatever form they take. Underlying our reactivity can be negative self-talk, prior adverse experiences, assumptions or resentment. Tara Brach offers a simple S.T.O.P. practice that can be used, particularly when we are anxious or agitated, to overcome our habitual behavior (whether fight, flight or freeze) in a particular situation.

In a recent post, I compared playing tennis to day-to-day life emphasizing the uncertainty, the mental and emotional challenges and the constant need for adaption that they have in common.

Being a “tennis tragic”, I have been watching the Australian Open Tennis Championship, particularly the matches played by Ash Barty, World Number 1 Australian tennis player. In the process, I have been able to observe the behavior of players and reflect on their mental attitudes, especially when they were challenged by falling behind in the score. Some players became despondent and were able to regroup, others let out their frustrations in a show of anger (e.g. by smashing racquets), while others succumbed to the weight of expectations – their own and that of others especially the World Press.

While watching tennis matches during the Australian Open I was able to reflect on my own tennis game and, despite having played tennis for more than 60 years, I learned two key things through observation and reflection that will enable me to improve my social tennis games and enjoy them more. One had to do with a behavioral blind spot and the other with a cognitive blind spot.

From this I learned why I was having trouble accessing my two-handed backhand when I was waiting for a serve. With my usual way of preparing for a tennis serve, I had firstly to move from holding the tennis racquet loosely with my left hand to achieving a firmer grip higher on the racquet (above my right hand) – all of which took too much time and impeded my readiness to receive a serve. The new stance for me will be uncomfortable for a time. This experience reinforces the point that we can have behavioral blind spots in any aspect of our lives, even something as simple as how we hold a tennis racquet.

However, after watching Ash Barty’s dominance using the “slice shot” as a primary tennis stroke, I have had to change my mindset and elevate the slice to at least an equal part of my tennis armory along with a flat or top-spin forehand. This has been a mental block for me in the past. But now I have realised that the move from an Eastern forehand grip to a Western grip (sometimes extreme) has meant that a lot of players are unable to effectively play or handle the slice tennis shot. The reasons are explained by Jon Crim in his overview of the Western grip. This means that times have changed yet again and that the slice tennis shot (mainly through the success of Ash) has now achieved a status equal to that of the top-spin forehand. While the top-spin forehand gives the tennis player an advantage in net clearance and depth of shot, it has the inbuilt disadvantage of making it more difficult to play the slice shot which tends to go lower over the net and stay quite low on impact, as well as having a “shooting” effect.

As we grow in mindfulness through meditation, observation and reflection we can develop curiosity about our blind spots, enhanced self-awareness and the capacity to overcome our habituated responses. The insights gained can open up the opportunity for more joy and success in our relationships, work endeavors and sporting activities. As Kelly points out, unless we observe and reflect on our thoughts and behavior, we can miss what is right in front of us because of our blind spots.