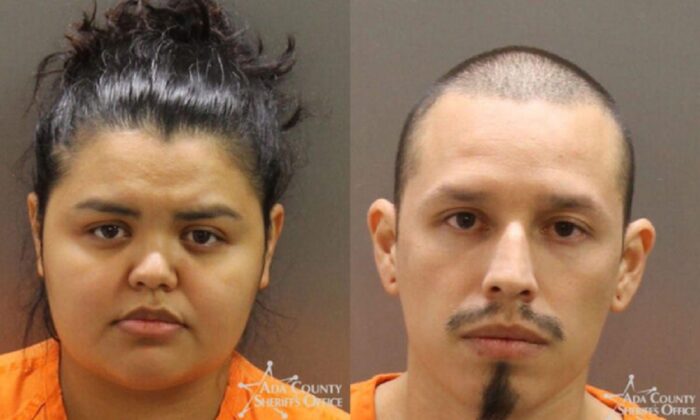 BOISE, Idaho—A 29-year-old Idaho woman convicted of torturing and killing her 9-year-old stepson has been sentenced to life in prison without parole.

Emrik was sent to live with his father and stepmother in February 2018 after his biological mother went to prison for abusing his young siblings.

“A small child was sent to Idaho to be cared for by the defendants. Instead he was sent to a living hell,” Ada County Prosecutor John Dinger told Judge Steven Hippler during the sentencing hearing.

Videos from nanny cameras throughout the home during August 2020 show Erik and Osuna abusing Emrik, who is forced to exercise for hours and becomes malnourished. Footage also shows Monique kicking Emrik and hitting him with various objects as the boy shrieks and cowers.

The couple had installed the cameras to record Emrik’s behavior because a friend told them Emrik might have reactive attachment disorder—a condition caused by neglect or abuse—and suggested the cameras to record his behavior to show to medical professionals. Erik Osuna had a friend remove the cameras before authorities arrived, but they were recovered by police and contained about two weeks of footage leading up to Emrik’s death.

Monique was arrested in September 2020 after paramedics found Emrik emaciated and unconscious in her Meridian apartment. Emrik died shortly after at St. Luke’s Children’s Hospital in Boise.