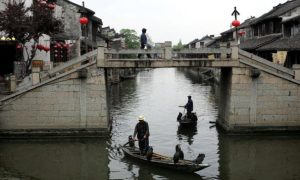 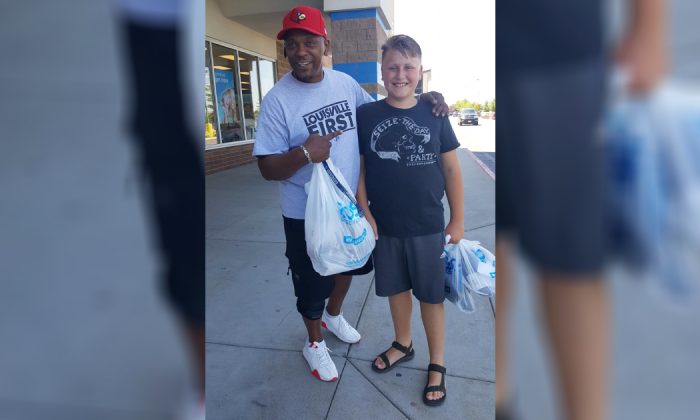 An Idaho man is hailed a charitable champion after buying a teenager a pair of shoes that the teen’s mother was struggling to find the money for on July 25.

Local man Lito Mason generously offered to cover the cost of a new pair of sneakers for Zachary Stone, 11, at a discount store in Meridian, 12 miles west of Boise.

Stone revealed his existing shoes were utterly worn out and in dire need of replacement.

“I had the same shoes for about nine months, and the bottoms of them were destroyed,” he said in a Facebook video published by 11Alive.


However, Zach’s mother,  Malisa Manguso, told him he could only spend $20 because their family was experiencing hard times.

“We’ve had quite the challenging times as anyone else,” Manguso said on Facebook. “These two boys are what keep me fighting daily.”


When Mason heard Manguso was doing it tough, he stepped in and asked what kind of shoes Stone wanted.

“He said ‘I just want something that’s comfortable,’ I was done,” Mason said according to 11Alive. “At that point I said I’m going to get him whatever he wants.”

Mason followed through on his promise and bought Stone a blue pair of sneakers. To show their appreciation, Manguso took a photo of Mason and her son outside of the store and uploaded it to Facebook.

“I have no clue who he is however to us he was nothing less than an angel, a true blessing, made my son’s day right here, just look at that smile, Zachy has nonstop talked about how cool he was all day,” she said on Facebook. “He has truly impacted the heart of my son in a good way.”

Stone was also profoundly moved by Mason’s sincerity and kindness, and thought he was the “coolest and nicest guy ever.”

“As Lito went to pay for everything, we walked outside, and Zachary was like ‘Mom, I can’t believe he helped us,'” Manguso told 11Alive. “He just helped us; he’s like an angel, Mom.”

Mason has been widely praised for his generosity, although he had no plans to seek publicity.

“I was just one that got caught on camera, wasn’t going to tell anyone at all,” he said on Facebook.


Mason hopes his actions will help people see the goodness in the world instead of an “ugly world” that hardens the heart.

“It’s just something that I wanted to do,” Mason told 11Alive. “For one time in his life, I did not want him to worry about a price, and it was simple as that.”

He also believes this simple purchase was one way to share the blessings he received in life.

Manguso said her son appears to have a different attitude to life.

“I have seen a different side of my son today,” she said on Facebook. “Some people make the world special just by being in it; I am convinced that mercy changes everything.”


Manguso is very grateful for the kindness Mason showed and believes miracles can sometimes appear through “good people with kind hearts.”

“I can not thank them enough for the true joy and happiness that has filled my son’s heart by this experience,” she said on Facebook. “I told my son to be the reason someone believes in the goodness of people, and when he is able, he’s to pay it forward.”