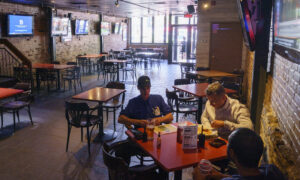 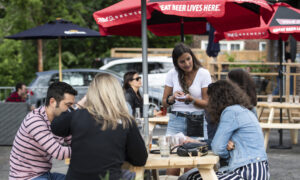 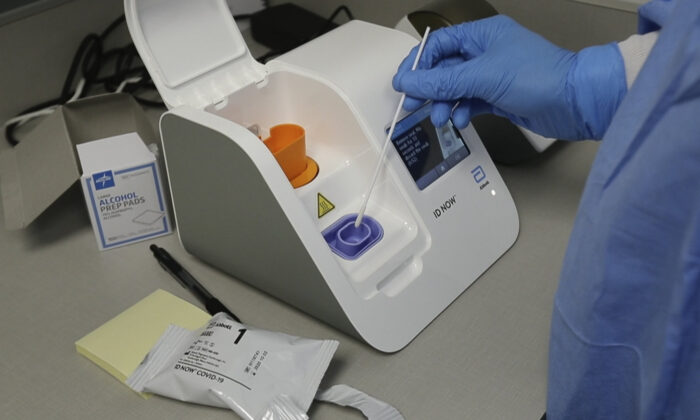 Canada is due to receive the first shipment of ID NOW COVID-19 tests this week and the quicker Panbio rapid tests by the end of the year,.

Health Canada approved a purchase of 7.9 million ID NOW rapid tests from Abbott at the end of September.

The ID NOW test uses a nasal or throat swab that is plugged into an analyzer to get results without being sent to a lab. There is currently a backlog of tests awaiting analysis at existing labs.

The Panbio test is set to be Canada’s first antigen test and is similar to the BinaxNOW test already in use in the United States. The government approved the test on Oct. 5 and made a deal to purchase 20.5 million of the tests the next day.

The tests are hoped to help alleviate a serious backlog in the current testing system.

The Michener Institute in downtown Toronto is looking to train 600 lab workers to help deal with the backlog of more than 26,500 unprocessed tests as of Oct. 14, according to Global News.

The U.S. had already received the ID NOW tests back in March.

Canada’s delay in receiving the test raised the ire of opposition politicians in the House of Commons.

“Provinces are reporting a record number of new coronavirus cases, and a second closure of restaurants is likely imminent. Around the world, experts are using frequent COVID tests to provide results within 15 minutes to prevent business and school closures, but not in Canada,” said health critic Conservative MP Michelle Rempel Garner during question period on Oct. 9.

The U.S. also has an approved instant antigen test, the BinaxNOW test.

The BinaxNOW antigen test does not require being sent to a lab to get the results nor does it require a device.  It is similar to a pregnancy test and renders results within 15 minutes.

To use a BinaxNOW test a swab is taken from the person. Then 6 drops of a solution are dropped onto a credit card sized sheet.  The swab is placed on the sheet and the sheet is folded over.  The results are ready in 15 minutes.  The results can be read with minimal training.

Canada’s soon-to-arrive ID NOW tests require a device to get the results, but do not require being sent out to a lab. The devices could be sent to pharmacies, health centers and other places and do not require a trained specialists to operate them though Abbott recommends that healthcare professionals who have been trained on how to use ID NOW operate the device and tests. Pharmacists can accept swabs and use the device to get results within 15 minutes.

Abbott recommends that physicians, or those taking the swabs, use ID NOW swabs and devices while near the patient, which is how it was designed and intended to be used.  A direct swab should be taken from the patient and put directly into the device’s sample receiver.

Abbott received complaints about the ID NOW tests giving some false negative results which resulted from the swabs being first placed into a solution while waiting to be put into the device to get the results. This diluted the viral particles on the swab and caused the false negative result.  Once a swab is collected it should be tested immediately.