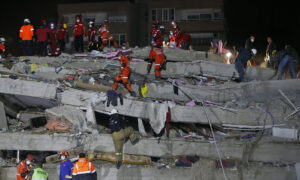 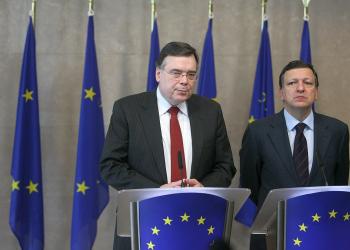 Iceland’s Entry to EU Expected to be Smooth

By Kremena Krumova
Print
SOFIA, Bulgaria—In the first step of what is expected to be a trouble-free process, EU ministers have asked the European Commission to start preparing a report on the suitability of Iceland as a member of the European Union.

The country of the Vikings applied for EU membership less than two weeks ago and has already received the backing of several Nordic countries including Sweden, which currently holds the six month rotating EU presidency.

Swedish Foreign Minister Carl Bildt told the BBC that Iceland will not get preferential treatment.

The bid came at an unexpected time and with little notice. Until recently Iceland, with a population of 320,000, had demonstrated open skepticism toward joining the EU. It was with the collapse of the country’s banking system last October and subsequent hopes that the euro will bring economic stability and investment back to the country that Iceland made the move, according to the European Commission’s Web site.

If Iceland becomes the 28th member of the Union earlier than older candidates like Albania, Turkey and Croatia, it will be no surprise. The country is already a key EU trade partner and applies about two thirds of EU laws. It is also a long-term member of the European Economic Area (EEA) and Schengen Area treaties.

A potentially contentious issue is Iceland’s fishing rights. The country now has the freedom to implement its own agricultural and monetary policies, and EU quotas could see changes in this area.

Usually the European Commission’s report on country eligibility is ready within a year, but Iceland’s market economy and stable, democratic institutions may help expedite the process. These are key factors in EU membership, according to the Commission’s Web site.

The European Council, the highest EU political body, will decide whether Iceland will be accepted as an official applicant for EU membership based on the report’s conclusions. Then the negotiations begin.

This part of the process usually takes one or two years. If the EU accepts Iceland as a full member, a referendum will be held to see whether Iceland’s population approves.

The Commission’s president, José Manuel Barroso, welcomed Iceland’s decision as a “sign of the vitality of the European project and indicative of the hope that the European Union represents.”

Calculating the time it will take to go through the procedures, Arni Thor Sigurdsson, chair of the Icelandic parliamentary committee handling EU issues, told Reuters that Iceland would not be ready to join any earlier than 2013, with a referendum due in late 2011 or early 2012.