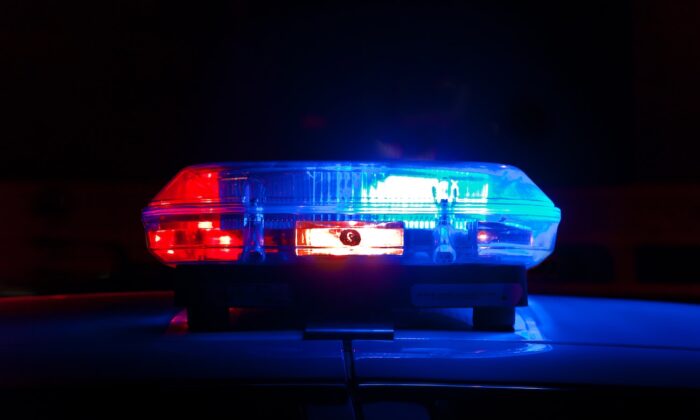 A U.S. Immigration and Customs Enforcement (ICE) officer has been arrested and then released from jail after allegedly trying to have sex with a minor.

In a release from the Othello Police Department in Washington state, Phil Schenck, the department chief, said that Koby Don Williams, 47, had “traveled to Othello with the intent to pay for sex with a 13-year-old girl.”

“During this investigation, it was discovered that Williams was employed by the U.S. Department of Homeland Security as a Supervisory Detention and Deportation Officer with [ICE],” Schenck said in the release, posted to Facebook.

Williams was booked into the Adams County Jail in Ritzville, Washington, on July 26, with requested charges of attempted commercial sexual abuse of a minor; second-degree attempted rape of a child; and communication with a minor for immoral purposes.

The ICE officer was released on his own recognizance on July 27. Schenck said in a separate interview that it wasn’t an uncommon practice, reported the Columbia Basin Herald.

“[Williams] went in front of the [Adams County Superior Court] judge and the judge found probable cause [that Williams committed the crimes],” Schenck said, reported the outlet. “Then the process is, they look to see if the person is a flight risk. My understanding, from my staff talking to the prosecutor, the only issue he’s had is a parking ticket. So for them to say he’s a flight risk would be difficult.”

He also added that being released without needing to post bail is also not uncommon “if the judge believes he’s going to come to trial when it’s time.” He added: “Bail is designed to ensure you come to court.”

Williams’s supervisors were notified of his arrest, which happened amid the department’s ongoing “Human Sex Trafficking Demand Reduction” investigation in the Washington city.