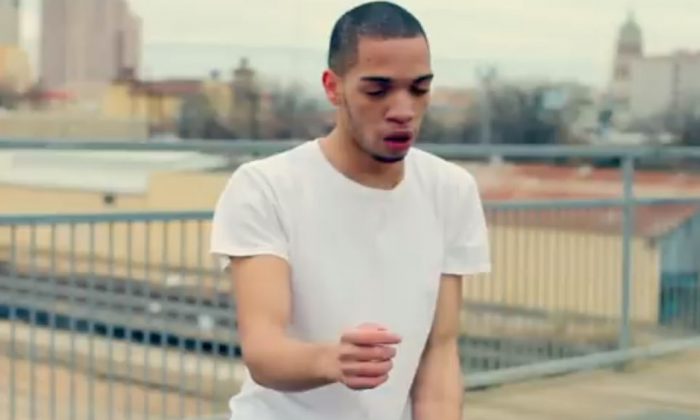 Ice JJ Fish, the viral YouTube sensation Daniel Mcloyd, says that “people [are] jealous of my success” and added that he hit a new milestone on YouTube.

Ice JJ Fish is known for his song “On the Floor,” which has left some users perplexed. It’s generated more than 15 million views on YouTube since last month, consistently remaining one of the most popular videos on the site.

“15mil views and still counting, lol yall love me too much <3,” he wrote on Twitter, which also says he’s the “best singer in the world.” He also said, “Only reason i aint put new [stuff] out cuz im trying get my life situated,” adding: “Lol its funny how people offering me 500$ or less for a show, i aint rich but i aint broke either, lol wont waste my time for chump change.”

Regarding “On the Floor,” a number of people indicated they’re confused about why the video is so popular.

“He knows he has a horrible voice right??” said one person. “Omfg his voice is killing me?” added another.

Wrote another: “Omg. Why is this popular? He does know he sounds like [expletive]? Right??”

Some people thought that the video–which features odd singing and dancing–was a joke.

A few days ago, there was a rumor from a “satire” site claiming that Ice JJ Fish signed to Young Money Records, but it’s not true. He disputed the rumors on his Twitter page.