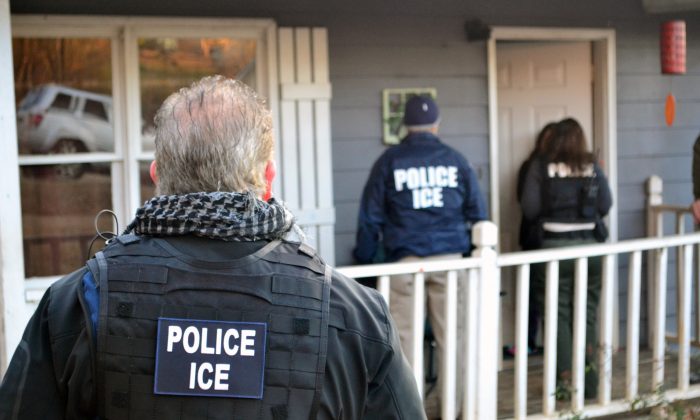 ICE Deputy Director Matthew Albence blasted efforts by congressional Democrats to restrict the number of beds the agency is allowed to use for detaining illegal aliens before deportation, in a briefing call with reporters Monday afternoon.

Albence’s warning comes as border wall negotiations on Capitol Hill crumbled over the weekend on the matter of ICE detention bed funding. President Donald Trump has signaled to White House negotiators and Capitol Hill Republicans in recent days he is willing to accept a $2 billion figure in border wall funding, two sources close to the process tell The Daily Caller. (RELATED: Raid Leads To More Than 100 ICE Arrests In New York)

Democrats, however, have made any acceptance of this figure contingent on an agreement to limit funding for ICE detention beds. “A cap on ICE detention beds will force the Trump administration to prioritize deportation for criminals and people who pose real security threats, not law-abiding immigrants who are contributing to our country,” congressional negotiator Lucille Roybal-Allard said in a Sunday statement.

Albence stressed that the effort will be “extremely damaging for the public safety of this country” and that the policy in effect means “ICE is being asked to ignore the very laws that Congress has already passed.”

The ICE deputy director continued that any cap on bed space for the agency would require them to tell state and local law enforcement agencies requesting removal to just release criminal illegal aliens back into their communities after their sentences have finished.

Albence sought to dispel suggestions from some Democratic lawmakers that ICE could instead use ankle monitors saying “ankle monitors are woefully ineffective at removing individuals from the U.S.,” noting the high absconding rate.

An administration source involved in the negotiations process expressed outrage at the demand to the Caller earlier Monday, noting that the Democratic lawmakers are essentially risking another government shutdown or a national emergency declaration to secure status for people in the country illegally.

“Illegals over Americans,” the source said to the Caller.

So let me get this right, Dem congress OK with as many jail beds as can fill for non violent & minority American Citizens but wants to limit the beds available for violent illegal immigrant offenders?@JacksonLeeTX18 @SpeakerPelosi @LindseyGrahamSC @SenTedCruz @realDonaldTrump