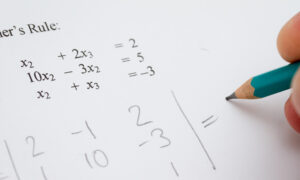 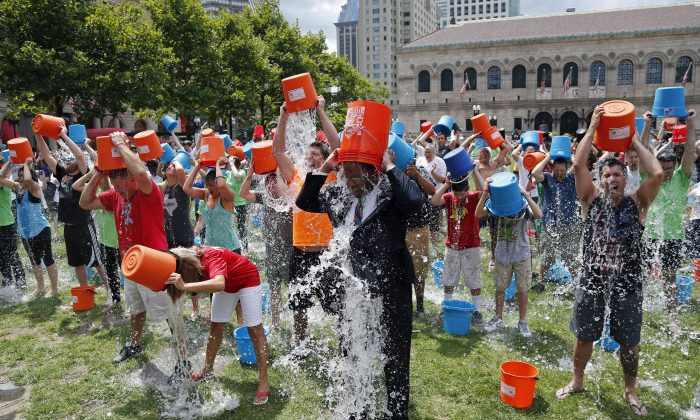 Boston City Councillor Tito Jackson, center in suit, leads some 200 people in the ice bucket challenge at Boston's Copley Square, Thursday, Aug. 7, 2014 to raise funds and awareness for ALS. The idea is easy: Take a bucket of ice water, dump it over your head, video it and post it on social media. Then challenge your friends, strangers, even celebrities to do the same within 24 hours or pay up for charity. (AP Photo/Elise Amendola)
News

The Ice Bucket Challenge has been taking the United States by storm, with the number of notable people doing it increasing by the day.

A number of actors, athletes, and others have undertaken the challenge, including Elon Musk, Selena Gomez, and CM Punk.

The video should include the person saying that they accept the challenge followed by the pouring of ice into a bucket of water. The participant gets the bucket dumped over his or her head, then challenges other people. The typical number of people to name is three.

Some people have criticized the challenge because it seems that merely recording a video of getting ice water dumped over a person isn’t really doing anything to support research into ALS, also known as Lou Gehrig’s disease.

But the ALS Association announced that as of Monday, August 18, the organization has received $22.9 million in donations from July 29 to August 19.

“We want to be the best stewards of this incredible influx of support. To do that, we need to be strategic in our decision making as to how the funds will be spent so that when people look back on this event in ten and twenty years, the Ice Bucket Challenge will be seen as a real game-changer for ALS.”

The association pledged to be transparent as to how the money it has received will be spent.

“It’s very important. This disease has no cure. We need to keep doing research to help these patients with this disease, to get towards a cure,” Lauren Rosenblum, a Thomas Jefferson University ALS researcher told the broadcaster.

“It is an underfunded disease,” added Piera Pasinelli, Co-Director of Jefferson’s Weinberg Unit for ALS research. “So if we can do that, and if we can share a little bit of the pain, it is nothing compared to what the patients go through.”