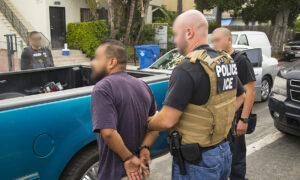 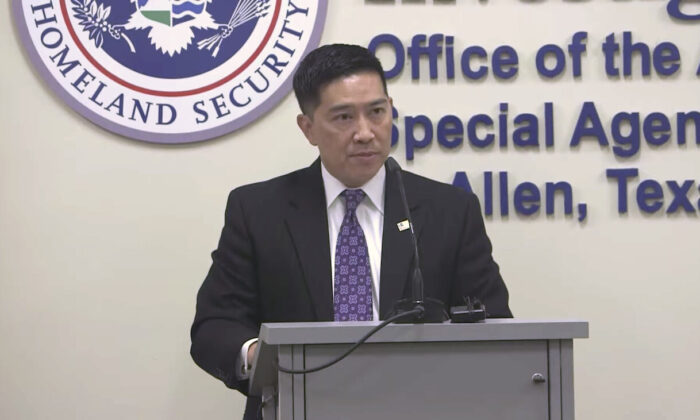 The U.S. Immigration and Customs Enforcement (ICE) announced on Thursday that it has arrested illegal immigrants who are in breach of their promise to voluntarily leave the country after opting against a normal deportation.

ICE Acting Director Tony Pham announced that “Operation Broken Promise,” a 21-day targeted enforcement operation, has since Nov. 2 resulted in the arrest of 154 people who were granted voluntary departure but still haven’t left the country after the agreed time. He said that 133, or 86 percent of those arrested, had criminal convictions or pending charges.

“These crimes include crimes of domestic violence, cruelty towards children, sexual assault, prostitution, burglary, and drug offenses,” he said at a press conference in McAllen, Texas. “As of Nov. 18, more of the 50 aliens [have] already been removed from the United States.”

This is just the first phase of the operation, Pham said. “ICE will continue to seek out those who broke their promise to the American people and the immigration courts,” he added.

According to ICE, voluntary departure is typically requested by the illegal immigrant and granted by an immigration judge.

The individual is then given about 60-120 days to leave the country instead of being formally deported and face barriers to reentering, such as a 5- or 10-year ban to return to the United States. Voluntary departures lowers the costs associated with deportations and thereby benefits U.S. taxpayers.

“Unfortunately, despite receiving the privilege of due process and giving their sworn promise to depart the United States, thousands of aliens are taking advantage of this pathway in our legal system by failing to honor their commitment to depart and continuing to exploit our judicial system and immigration processes,” he said.

When an illegal immigrant continues to remain despite having promised to leave, are subject to a final removal order and face a formal deportation by ICE. Should these individuals then re-enter illegally and get caught, it amounts to a felony punishable by up to 20 years imprisonment.

“ICE takes seriously its obligation to enforce our nation’s immigration laws,” Pham said in a statement. “Those being arrested in this targeted operation have broken their promise to the U.S. government, and we are enforcing the consequences of that dishonesty.”

ICE announced that it “does not exempt classes or categories of removable aliens from potential enforcement.”

“All those in violation of immigration law may be subject to arrest, detention and, if found removable by final order, removal from the United States. ICE takes many factors into account when targeting and arresting individuals, including their criminal and immigration history,” the agency stated. “Every day as part of routine operations, ICE targets and arrests aliens who commit crimes, and other individuals who have violated our nation’s immigration laws. While being mindful of the current pandemic, ICE is continuing to conduct its critical public safety and immigration enforcement mission, while taking efforts to minimize the risks to officers, aliens, and the public related to COVID-19.”