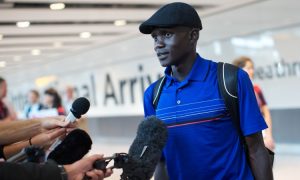 The Enigmatic Stone Spheres of Costa Rica
0
Beyond Science

The History Before History Part III, The Ica Stones

A considerable historical controversy arose in the 1960’s when stones were found in a cave in Ica, Peru. The majority of archaeologists and paleontologists have seemingly quelled the debate by asserting that the markings on the Ica stones constitute a genuine fraud. But as with all controversial subjects, what hasn’t been definitively proven still leaves room for possibility and scientific rigor. For in the realm of science, nothing can ever be affirmed or discarded without conclusive evidence.

While there are reasons to believe that the famous stones are not of Pre-Colombian origin, there exist several stories as much in favor of their authenticity as there are against it.

A good number of scientists, who have had the opportunity to study the Ica stones, observe that they are engraved with an incredible variety of scenes that speak of either an alternative history, or a fertile imagination. For example, the stones depict men and dinosaurs in the same era.

The story of the mysterious stones is found to be unavoidably linked to one man, Dr. Javier Cabrera. The principal collector of these artifacts, Dr. Cabrera put together a kind of museum to display these Peruvian curiosities—the Museo de Piedras Grabadas (Engraved Stones Museum) located in the village of Ica, located just north of the famous Nazca Lines.

Upon stumbling across one rock, Cabrera thought he recognized the image of an extinct fish. From this moment on he began to follow the trail of the stones, discovering that locals were digging them up by the dozens at different sites around the area. Cabrera bought up a great number of the unearthed rocks, and over the course of several years, came to obtain more than 40,000 pieces.

Although some studies have found that the engravings don’t seem to possess any layer of corrosion—as would be expected of a carving so old—others studies indicate that thousand year old bacteria exist within the grooves. It’s also possible that a few of the original rocks have been thrown together with thousands of modern ones, which only add to the confusion and controversy.

Possessing many diverse representations, Dr. Cabrera classified the Ica stones as large thematic blocks. Stand outs include a series on astronomy, describing in great detail the 13 constellations of the zodiac; a series on medicine, illustrating advanced surgeries, organ transplants (including brain transplants), methods of acupuncture, and a depiction of a caesarian birth; a series depicting a massive cataclysm, suggesting that the advanced technology of a bygone race brought about their demise; the astronaut series, which illustrates humanities prehistoric journeys with spaceships; and the series of prehistoric animals that strongly suggest humans once shared the world with dinosaurs.

Other series included among the stone stories are those of ancient continents (which include maps of exactly how the earth looked in the Tertiary Period), a race of ancient humans, and the flora and fauna unknown to our modern world. There are even other stones that anthropologists still remain unable to properly identify.

Were there other civilizations perhaps even more advanced than our own that existed in a distant past? If these engravings really belong to the Tertiary Period (it is widely believed that man came to be more recently, in the Quaternary Period) what does it say of human origins? Do theories of prehistoric civilizations lack foundation, or as the controversial German author Erich von Daniken affirms, have we been “blinded by entire generations of paleontologists and anthropologists?” Consider the many examples explored in this series of articles while pursuing the answers to these questions. It is of course not merely the Ica Stones that point to a technologically advanced prehistory.