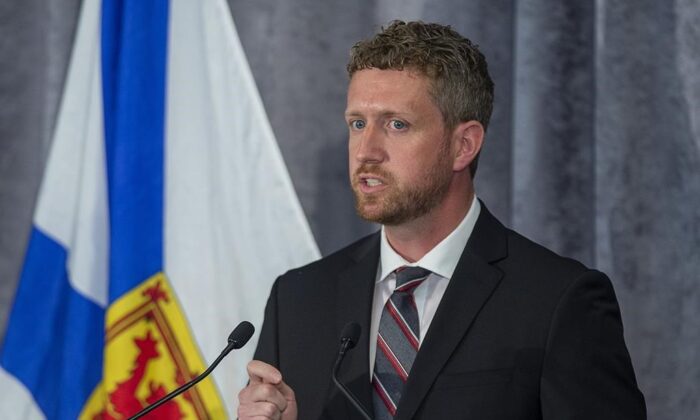 Premier Iain Rankin fields a question at a Halifax Chamber of Commerce pre-election event in Halifax on Aug. 4, 2021. (The Canadian Press/Andrew Vaughan)
Canada

HALIFAX—Former Nova Scotia premier Iain Rankin is resigning as leader of the provincial Liberal party after reflecting on his future over the holiday season.

Rankin served as premier of the province for just over six months before losing in a summer election to the Progressive Conservatives.

He told a news conference today he intends to continue as leader until the party holds a leadership race, but he also intends to focus on his family.

The leader says he accepts responsibility for the election loss, adding he’d failed to lay out clearly a platform on how the province would recover economically from the pandemic.

Rankin, 38, became leader of the party in late February last year after the party chose him to succeed two-term premier Stephen McNeil during a leadership convention.

However, political observers have said his bid for the party’s third consecutive mandate was scuttled by an ineffective campaign and Rankin’s inability to connect with the public.