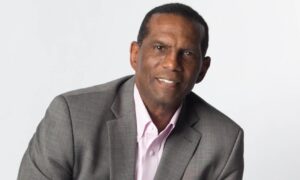 ‘I Wish the Lessons of My Parents’ Generation Were Being Taught Today’: Rep. Burgess Owens on Ending Systemic Racism

Despite growing up in an America segregated by the KKK and Jim Crow, Rep. Burgess Owens (R-Utah) says the remarkable success he saw in his family and community growing up instilled in him a sense of pride that helped him see success was possible in his own life.

“I grew up at a time where, a black community—even though we were segregated in Tallahassee, Florida, even though at 12 years old, I was watching in front of Florida State Theater because we couldn’t go into that particular theater—we turned within,” he told The Epoch Times’s Crossroads program on Saturday.

“We knew what it was to have a priority of faith, of education, of a family, and free market. And because of that, in 1960, the black community led our country in growth of the middle class, men matriculated from college, men committed to marriage, the percentage of entrepreneurs was over 40 percent, which meant across our country, 50 to 60 percent of blacks within the segregated community were middle class.”

Speaking to Crossroads at the Conservative Political Action Conference (CPAC) in Orlando, Florida, Owens reflected on the values of meritocracy and education that his parents’ generation embraced in his youth, which he said exposes the flaws in the narrative being told to younger generations of blacks in America today.

“I would ask Americans, first of all, we need to learn our history. Don’t buy into the leftist mantra of systemic racism,” Owens said.

“Everybody has tough, tough times, no one is gonna be liked by everybody. The key is what do you do to command respect for yourself, for who you believe you are, and for your family, for your name.”

Owens said that children in black families in the 60s grew up learning about “how to respect God, country, family, respect for women, and respect for authority.”

“That all happens within a family, is where a young man know[s] what it looks like to protect and provide for women, and to have such respect for womanhood itself that you’re willing to do anything, to sacrifice anything, for that. And that’s what we’ve been missing out in the last few decades.”

He said under current cultural and policy trends, young men in black communities are “not understanding their responsibilities to commit to their families, and be the provider, to be a partner, to be a friend, and to be a good example. Those things are missing. So we have to get that back. And once we do, then we will be okay.”

“Don’t look at yourself as a victim,” he urged the black community. “Recognize when tough times come, man up, woman up, overcome it, get better, and then turn back around and help other people to know they can do the same thing you’ve done.”

Owens said his parent’s generation did not trust or rely on the government to fix their problems. Teachers, professionals, business owners supported their community to “grow and prosper.”

Owens also warned that extreme leftist ideology being spread in society is teaching people to hate God, capitalism, and the family unit.

“That’s what we see in Black Lives Matter dot Inc. That’s on their mission statement,” Owens told The Epoch Times.

“So let’s not buy into that. Don’t allow the left to teach us and to convince us that we should become racists by looking at each other outside in, outside first.

“Looking inside out and find the best of each other and we’ll do much better,” he said.