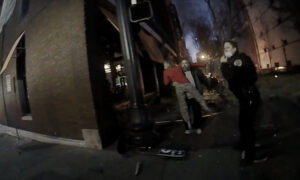 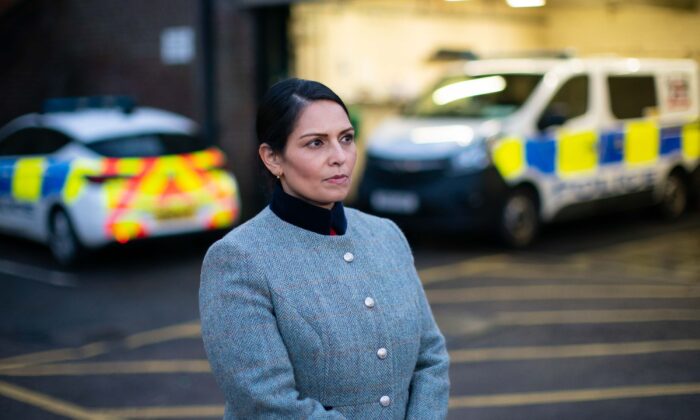 I Will Not Let Police Be Subjected to Trial by Social Media: UK Home Secretary

Police officers should not face “trial by social media,” the Home Secretary has said as she backed calls to publish more body-worn video footage of incidents.

In a speech to the annual Police Federation of England and Wales conference, Priti Patel said “transparency is vital” and supported plans to tackle “misleading” video clips uploaded on to social media.”

She told the audience: “I will not let the police be subjected to trial by social media.

“That’s why I backed the federation’s call for forces to share body-worn video footage to counter highly selective, and misleading, video clips uploaded on to social media.

“I want forces to be more proactive in sharing body-worn video footage to highlight the fantastic work of their officers, to build public confidence, and to correct harmful misinformation circulating online.

“It is critical that we work as a system to ensure that we maintain public confidence in policing, which is vital for victim reporting, intelligence-led policing, and to maintain our treasured model of policing by consent.

“As part of this process, we will be looking carefully at strengthening the system of local community scrutiny and the value of body-worn video, because transparency is vital.”

“My colleagues are being hung out to dry by the media, by some politicians, and by so-called, self-proclaimed experts on policing,” he said.

“Social media companies must also take more responsibility and the Government must ensure this happens.

“Or when selective clips of video are released without context and then those in positions of responsibility who should know better condemn the actions of officers without knowing all the facts.”

There have been a number of cases in the past 18 months where footage of police officers posted on social media has attracted widespread public attention.

In April last year an officer from Lancashire Constabulary was filmed telling a man he would “make something up” to lock him up.

A second incident that month saw an officer from South Yorkshire Police wrongly threaten to fine a family for being in their own front garden.

In July footage that was widely shared of athlete Bianca Williams and her Portuguese sprinter partner Ricardo dos Santos being stopped while driving in west London.

They were both handcuffed during the incident, and five Met officers are being investigated for possible misconduct.

The Met was also criticised on social media over its handling of a vigil in Clapham, south London, in memory of Sarah Everard in March.

But the force was exonerated when a watchdog found that officers acted proportionately, prompting a backlash at public figures including Liberal Democrat leader Sir Ed Davey, who had called for the commissioner to resign.

Katrina Ffrench, founder and director of policing scrutiny organisation Unjust, said: “Whilst social media videos may not capture or portray the entirety of an incident it is crucial that members of the public continue to record and report policing encounters that they find concerning.

“I support BWV [body-worn video] being available but it mustn’t become a propaganda tool used to dismiss the valid concerns from people that have experienced unfair or disproportionate policing.”

Mark Johnson, legal and policy officer for campaign group Big Brother Watch, said: “The availability of smartphones and access to social media have been vital tools in highlighting police misconduct and the unwarranted use of force. It is troubling that the Home Secretary is so averse to the empowerment of individual citizens and police accountability.

“The Police Federation’s suggestion that social media companies should censor unflattering footage of police, in the wake of the anniversary of George Floyd’s murder, is transparently self-serving and ludicrous. This approach is bad for civil liberties and out of step with the principles of policing by consent.”

Rosalind Comyn, policy and campaigns manager at human rights group Liberty, said: “We all want to be safe in our communities, and videos taken by bystanders have been a powerful tool to document abuse and misuse of power. Many instances of wrongdoing have only come to light because bystanders felt empowered to video them and challenge the police—and police forces should welcome such scrutiny.

“Body-worn video can be turned on selectively, shows a limited perspective, and according to today’s speech would be used as a PR tool rather than to increase accountability. This would once again ignore the concerns of those communities most subject to discriminatory over-policing.

“The Government should be focusing on evidence-based solutions to keep communities safe.”