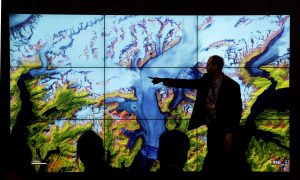 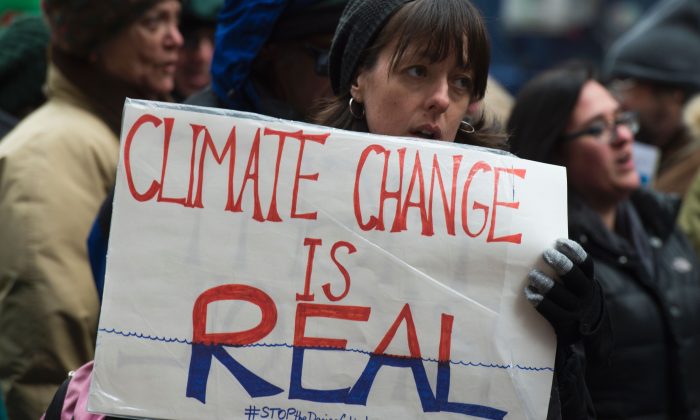 I Might Be Skeptical, but I’m Not Denying Climate Change

The Dec. 30, 2018, edition of NBC’s “Meet the Press,” themed “How do we explain the urgency of climate change?”, stirred up applause and groans in about equal measure after host Chuck Todd set the tone for the discussion by kicking it off this way:

Viewers were then treated to the sight of a political science major who never graduated college (Todd) discussing issues involving climate science with a panel that included a former U.S. Representative with a master’s degree in public administration (Carlos Curbelo); a former undersecretary of defense for policy with a master’s degree in international relations (Michèle Flournoy); a former Federal Emergency Management Agency (FEMA) administrator and paramedic (Craig Fugate); a reporter with a bachelor’s degree in American studies (Anne Thompson); a billionaire electrical engineer with an MBA (Michael Bloomberg); and a California governor with a bachelor’s degree in the classics (Jerry Brown).

To be fair, the panel did include a scientist: Dr. Kate Marvel, a physicist employed by NASA who has taken an interest in climate science. Personally, I don’t have a problem with physicists delving into climate science, for the disciplines are closely related. On the other hand, some physicists are roundly criticized for not fully conforming to climate-change heterodoxy, including the legendary Freeman Dyson and Nobel Prize-winning Dr. Ivar Giaever, along with many others.

Todd and his panelists believe that skeptics (sorry, I think the use of the “deniers” label is childish and petulant) assert that trace amounts of greenhouse gases don’t affect the climate, that we are not in the midst of a warming trend, and that human activities have no or a minimal effect on the climate.

The problem with that point of view is that I can’t think of one skeptical scientist who believes any of that. Actual skeptical climatologists like Richard Lindzen, Judith Curry, and Roy Spencer, among others, all agree that greenhouse gases affect the climate, that the planet is warming, and that mankind plays a role—likely a significant role—in the warming that has occurred. And, for the record, I do too.

I can hear your confusion: “Hang on, Trzupek. If these scientists agree with all those propositions, then how can you describe them as skeptical?” The answer involves those parts of the global-warming issue that people who believe that climate change demands urgency rarely seem to address. There are several, but the most important are:

1. The magnitude of the change: Even using surface temperature data, which is almost certainly tainted by positive bias, the actual temperature increase over the last few decades and the rate of increase has been far below what the Intergovernmental Panel on Climate Change (IPCC) had predicted. Even the IPCC admits it. This calls into question …

2. The accuracy of the computer models used to predict those catastrophic increases and rates of increase. If the models have significantly over-estimated the warming effect of increased greenhouse-gas concentrations in the past, then …

3. It doesn’t seem reasonable to believe the IPCC’s—or Chuck Todd’s—insistence that climate change is a critical issue demanding “urgent” action, since that action will involve …

4. Massive and ruinously expensive changes to our way of life that will negatively affect the poorest segments of society most of all. This is particularly the case when we talk about the United States, the nation that has and is continuing to make the most massive reductions in greenhouse-gas emissions of anyone. Calls to further increase the United States’ rate of greenhouse-gas reductions are pointless, since …

5. Increasing greenhouse-gas emission rates from the People’s Republic of China and, to a lesser extent, India virtually negate the reductions we have made and any additional reductions the United States could make.

Those simple points are what make scientists who actually understand the issue skeptics. It’s not about being in the pocket of Big-Whomever. It’s not about consensus—there is no consensus about the nuances of the issue that actually matter, like those described above. It’s not about blaming naturally reoccurring events—such as California wildfires that have been a feature of life in that state for thousands of years—on climate change.

People have a right to their opinion, of course. But, people don’t have a right to tell me, or any scientist, what my opinion is or why I hold to it. Rather than pushing his definition of skepticism onto skeptics, wouldn’t it be refreshing if people like Todd took the time to ask a few of them what they’re really thinking?