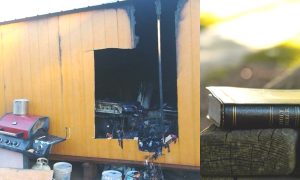 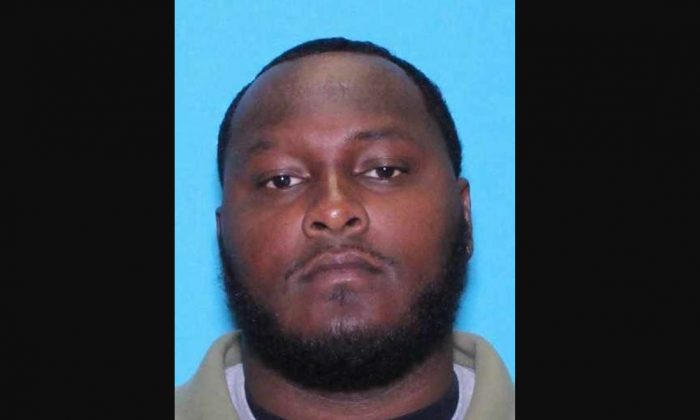 Junaid Mehmood, 27, confessed to killing his three young children and shooting his wife in the head at their Texas City apartment on Jan. 3, 2019, police said. (Texas City Police Department)
Crime and Incidents

‘I Killed My Family:’ Texas Man Confesses to Brutal Murders

A Texas man confessed to killing three children and wounding his apparent wife in a call with dispatchers shortly before being arrested, police officials said.

Junaid Mehmood, 27, was arrested behind a Panera Bread location in southeast Houston late on Jan. 3, hours after police officers discovered three dead children and a wounded woman in an apartment in Texas City after responding to a welfare concern.

The children were under 1, 2, and 5 years old, respectively.

The woman was rushed to the University of Texas Medical Branch in Galveston. She was in stable condition.

Investigators told KTRK that Mehmood confessed to shooting his four family members and that he was highly emotional, largely “incoherent,” and frequently yelling. At one point, he said: “I killed my family.”

He was arrested on an unrelated warrant and was going to be held in the Texas City Jail, the Texas City Police Department said in a press release. Detectives obtained a search warrant for the apartment and were starting to process the scene for evidence late Thursday.

Texas City police spokesman Lt. Kenneth Brown said that the scene of the crime was intense.

“It’s a very intense scene over there. Everybody involved is either deceased or injured,” Brown told the Houston Chronicle. The wife hasn’t spoken with investigators as of yet because of the severity of her injuries, he added.

The apartment is located in the Pointe Ann Apartments in the 1200 block of 10th Street. It’s near the Texas City Police Department headquarters on 9th Avenue North.

There has been so much death and violence in the first week of 2019. In Texas City, 3 children found murdered, their mother holding on in the hospital. Police say she was shot in the head. A “person of interest” has been arrested. #abc13 https://t.co/ixj6OG0CFg pic.twitter.com/lSBXvoELJ2

Mehmood told police officers that he threw the gun he used to kill the children into a field near the Panera, reported KPRC. KHOU reported on Friday morning that investigators were still searching for the gun.

Family members told KPRC that all three children belonged to the woman and that Mehmood was dating her.

Texas City is about 30 miles southeast of Houston and near Galveston Bay.

Mehmood has a criminal record, according to court records obtained by the Chronicle.

He was arrested for hitting a girlfriend in 2014 and served 20 days in jail.

The conditions of that sentencing made it illegal for him to possess a firearm.

The next year, Mehmood was arrested again after shoving a family member and robbing him. Later that year, he pleaded guilty to a separate robbery charge and was sentenced to three years in prison.