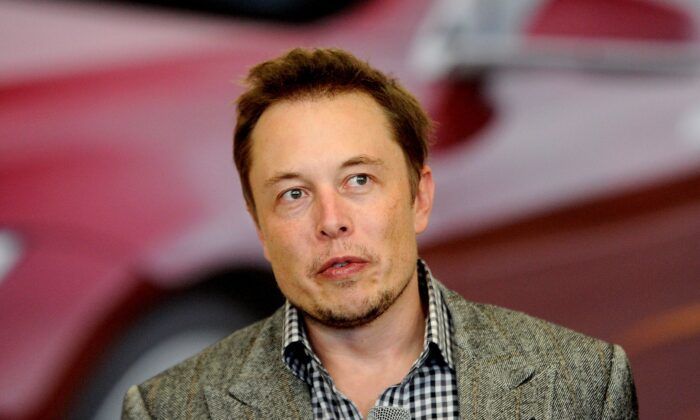 The world’s richest person has restated his intention to vote Republican after years of voting for the Democratic Party.

In a thread of Twitter posts on Memorial Day, Tesla and SpaceX CEO Elon Musk said he will vote for the Republican Party in the 2022 midterm elections.

In response to a Twitter user who alleged, “You don’t care about freedom, Elon. If you did you wouldn’t be supporting Donald Trump,” Musk said: “I support free speech, but not any one candidate. In fact, I gave money to & voted for Hillary & then voted for Biden.”

“However, given unprovoked attacks by leading Democrats against me & a very cold shoulder to Tesla & SpaceX, I intend to vote Republican in November,” Musk continued.

I support free speech, but not any one candidate. In fact, I gave money to & voted for Hillary & then voted for Biden.

However, given unprovoked attacks by leading Democrats against me & a very cold shoulder to Tesla & SpaceX, I intend to vote Republican in November.

Musk’s remarks provided further insight into statements he made at a recent tech conference, during which he said he will vote Republican and expressed discontent with “cancel culture” and the “far-left bias” allegedly prevalent on Twitter.

“I have voted overwhelmingly for Democrats, historically, overwhelmingly. Like I’m not sure, I might never have voted for a Republican, just to be clear,” Musk said in the video of the conference posted by All-In Podcast on May 16. “Now, this election, I will.”

It was not clear then whether Musk referred to the 2022 midterms or the 2024 presidential election. His Memorial Day post clarified that by “this election,” he is referring to the midterms.

The CEO has increasingly leveled criticism at the Democratic Party’s shift further to the left, labeling it as the party of “division” and “hate.”

“In the past I voted Democrat, because they were (mostly) the kindness party,” Musk wrote in a tweet on May 18. “But they have become the party of division & hate, so I can no longer support them and will vote Republican. Now, watch their dirty tricks campaign against me unfold …”

Musk has also taken aim at the Biden administration, contending that Washington is sidelining Tesla in favor of legacy automotive producers, despite Tesla’s contribution to the electric vehicles industry.

“You know, Biden held this EV summit … didn’t invite Tesla. Invited GM, Ford, Chrysler and UAW. An EV summit on the White House! Didn’t mention Tesla once, and praised GM and Ford for leading the EV revolution,” Musk said in a September speech he delivered at the Code Conference in Beverly Hills, California.

“Yeah, the public has no idea how much Tesla and SpaceX have been attacked/undermined, because we aren’t unionized (yet offer highest pay in industry!) and this administration would rather a company be dead than not unionized,” Musk wrote in a May 30 tweet.

The billionaire, who has long been the target of Democrats’ criticism, said political attacks from the left have increased since announcing his bid to acquire Twitter.

Democrats who have previously picked a quarrel with Musk, directly and indirectly, include Sen. Bernie Sanders (D-Vt.), who demanded “the extremely wealthy” to “pay their fair share; Sen. Elizabeth Warren (D-Mass.), who called for changing the tax code “so The Person of the Year,” referring to Musk, “will actually pay taxes”; and Rep. Alexandria Ocasio-Cortez (D-N.Y.), who said Musk is a “billionaire with an ego problem.”

Musk has responded to these high-profile in various ways, including jokingly telling Sanders that he will sell more Tesla shares, responding to Warren that he paid more taxes “than any American in history” in 2021, and challenging—and winning over—Ocasio-Cortez in a popularity poll on Twitter.

And if you opened your eyes for 2 seconds, you would realize I will pay more taxes than any American in history this year

.@aoc I dare you to run the same poll with your followers