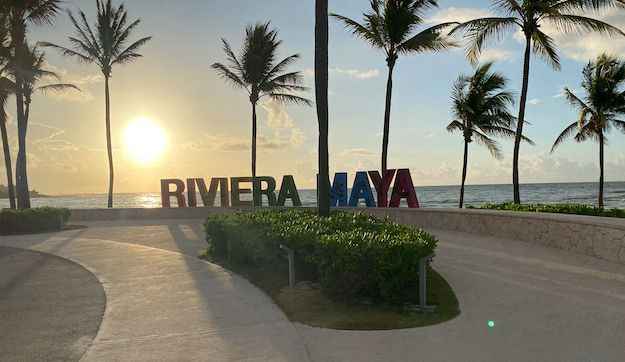 ‘I Didnt Realize I Was a Target’: American Woman Says She Was Sexually Assaulted at Mexican All-Inclusive Resort

A 23-year-old woman from New Hampshire says she was sexually assaulted at an all-inclusive resort in Mexico during a family vacation trip on April 27.

The family of 7 had been planning the trip to Riviera Maya, a Caribbean coastline on the Yucatán Peninsula, since October last year as a Christmas gift for the children.

Nicola and Donnie McCabe brought their parents and their 5 children, Shelby, Keeley, Devin, and 12-year-old twins Davis and Dacie.

Before going to a dolphinarium, Shelby went to a souvenir shop without Nicola.

“I felt nervous about leaving her, but thought twice about it because it looked bright, cheery, and inviting,” Nicola told The Epoch Times.

Nicola went back to her room with the other kids and got a text from Keeley, who Shelby after the incident.

Nicola then went to her room and heard the shower running.

“Keeley told me that Shelby had come in and said a man in a store had touched her. I went back into my room to get my husband who is retired law enforcement so he could hear what Keeley had to say.”

In the meantime, Donnie was with his 12-year-old son.

“I was hanging out in our room with my 12-year-old son waiting for everyone to get back and to then head to the beach. My wife (Nicola) and my 12-year-old daughter came back to the room after some shopping,” Donnie told The Epoch Times.

“Nicola received a text from Keeley asking her to come over to their room so she did. A short time later she came back to our room and told me quietly: ‘Shelby was just sexually assaulted.’ I was a bit confused and said: ‘What are you talking about?’ She then told me that she wasn’t sure but that’s what Keeley (our daughter) told her. I asked her to have Keeley come out of their room. We were all standing in the hallway and I asked Keeley where Shelby was and she said she was taking a shower, which I knew from my years as an officer was a very typical action of a victim of sexual assault,” Donnie further noted.”

Shelby says that after she left the store, a salesman approached her with a bird in his hand, and wanted to show it to her.

“He then told me I hadn’t checked out his shop yet, and took me by the arm to see his jewelry store which was 1 or 2 shops away,” Shelby told The Epoch Times.

The man introduced her to his father and his uncle who were also salesmen, and offered her a shot of tequila, she said.

“I didn’t want to be rude so I watched him pour one and I took it alone. He was very pushy about sales which seemed normal from my short time in Mexico, so I didn’t think much of it. They always kept me busy with questions, compliments, and rings to try on,” Shelby said.

“I thought I was safe, I didn’t realize I was a target. I just wanted to enjoy my vacation, and that’s what I was doing. Until I was invited into the resort’s jewelry shop. I just thought they were being friendly, I had my guard down, I couldn’t get out of there fast enough after the assault. I just wanted my mom, I didn’t know what to think or do, I was just shocked. I was supposed to be safe.” Shelby said.

Donnie and Shelby spent the whole day in a “dingy police station” far from the resort, there was no contact made to them from upper management inquiring about their welfare, and to this day they have not had any contact from hotel management.

“And that store is still operating they weren’t shut down despite the fact the two men have a system down to lure in women to sexually assault them,” Nicola said.
Their lawyer is looking to bring a class action against some inclusive resorts that cover up attacks on tourists.

A translated (pdf) report from the prosecutor’s office in Mexico has Shelby’s testimony where she says she was at the “Mexican plaza that is within the premises of Hotel Barcelo Riviera Maya.”

The name of the store is called Ambar Joyeria.

She alleges that a man touched her private part, and then later hugged her and asked her if she wanted to be his girlfriend, and said “What happens in Mexico stays in Mexico.”

The Epoch Times reached out to Barcelo Maya Riviera for comment.