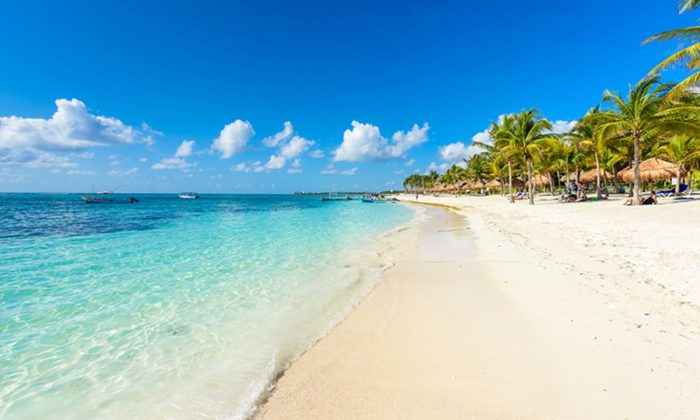 ‘I Almost Lost My Leg or My Life’: Man Gets Flesh-Eating Bacteria at Beach

A Georgia man said he nearly died after contracting flesh-eating bacteria during a trip to the beach.

“I almost lost my leg or my life,” Tony Meredith of Colquitt told WKRG.

After rushing to the hospital, Meredith was placed on triage and soon diagnosed with the bacteria, necrotizing fasciitis. It had entered through a  small scratch below the man’s knee while he was in the water.

The survivor, who is the first reported case coming from Panama City this year, says he wants to warn others about the risks of vacationing near the ocean. https://t.co/Yy0xdxnEKS

“The skin is the body’s most important barrier to infection,” Dr. Andrew Sawyer said.

“Any violation of that skin, even something as small as a scratch has the potential to increase the potential for waterborne infection.”

Meredith said he wanted to warn people to be careful.

“Anybody that’s going to the beach, they need to really, really be real cautious before getting in the sand or the water,” he said. “I never thought it would happen to me.”

According to the Centers for Disease Control and Prevention (CDC), necrotizing fasciitis is a rare bacterial infection that spreads quickly in the body and can cause death.

“Accurate diagnosis, rapid antibiotic treatment, and prompt surgery are important to stopping this infection. See a doctor right away if you have a fever, dizziness, or nausea soon after an injury or surgery,” it stated.

The bacteria most commonly enter the body through a break in the skin, including cuts and scrapes, insect bites, and burns.

“Sometimes, however, antibiotics cannot reach all of the infected areas because the bacteria have killed too much tissue and reduced blood flow. When this happens, doctors have to surgically remove the dead tissue. It is not unusual for someone with necrotizing fasciitis to end up needing multiple surgeries. In serious cases, the patient may need a blood transfusion.”

Along with cases in Florida, Texas, Alabama, people have contracted flesh-eating bacteria recently in Virginia, Maryland, and Delaware.

“Any body of water that stays warm, specifically over 55 degrees, could potentially have something like that happen,” Dr. Jessica Drake, an ER doctor with AdventHealth, told WLOS.

While experts warn people to be cautious if they have broken skin, cases overall are still not common.

“Even though there’s kind of a panic right now, because we’re seeing it in places we haven’t before, it’s still very rare,” Drake said. “The big thing is not going into bodies of water that are warm if you have a big open wound.”

The CDC said there are between 700 and 1,200 cases nationally each year.

The latest reported case was in Texas, where a father of six died after he went crabbing and contracted the bacteria.