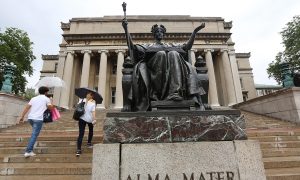 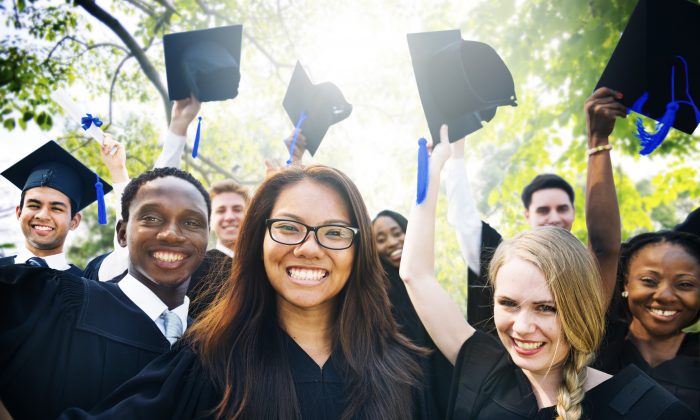 Success builds on success, and it's your trajectory, not starting point, that makes all the difference. (Shutterstock)
Life & Tradition

I Aced the SAT and Was Accepted to Several Ivy League Schools. Here’s My Advice on How to Succeed

The biggest secret to success is that there is no secret.

One of the earliest lessons in my medical education was to be wary of one-size-fits-all algorithms. In a world overflowing with data, we’ve become obsessed with discarding the individual in favor of the statistical.

One Size Does Not Fit All

But the human experience cannot be reduced to numbers and rules. I’ve learned there is no foolproof guide to curing a patient or succeeding in life, for that matter. What works for the average is often useless to an individual.

Nevertheless, there are general habits and behaviors that have been found, through trial and error, to predispose people toward success in any endeavor.  Ultimately, what makes us individuals is our ability to uniquely apply timeless concepts to our own lives today.

On top of my occasional writings for FEE, I am a medical student, cancer researcher, and science and health care journalist. As a valedictorian with a perfect SAT score, I was accepted to several Ivy League schools.

Below I share several of the habits that have served me well throughout my career. But ultimately, the onus lies with you to bridge the gap between generalized strategies and your personal aspirations.

1. Have a Few Goals and a Lot of Roadmaps

Rome wasn’t built in a day. Neither is anyone’s long-term success. Too often, I’ve found myself aiming for overly ambitious goals only to become discouraged, ignoring the small steps that could have gotten me where I wanted to go. It’s a hard landing when you shoot for the stars.

This doesn’t mean we shouldn’t aim for big things. On the contrary, those who make watershed accomplishments usually do so by piecing together years of small and tedious steps. In doing so, one builds not only experience but also endurance—the ability to live life not as a series of sprints but as a marathon. Endurance is everything. After all, behind every nihilist is a disgruntled optimist.

First things first: You have to find your passion (or passions) in life. As Nietzsche put it, “he who has a why can bear any how.” To drive you forward, you have to envision the most fulfilling possible way to realize your passion. And then you start chipping away. You make a small goal for every day, a slightly more ambitious one for every week, and so on.

Your roadmap is like a diet—make it too constraining and unpleasant, and you won’t be able to stick with it. Instead, if you just look at where you are now and incrementally aspire to be a little bit closer to where you want to go, soon you’ll find yourself “compounding your interest,” i.e. translating small gains into cumulative achievements. In biology, this is called a positive feedback loop; in physics, it’s inertia. Simply put, success builds on success, and it’s your trajectory, not starting point, that makes all the difference.

2. Accept the Lottery of Life

The reason you need to develop perseverance is that you have no control over your luck. Bemoaning suffering just doesn’t work. The most catastrophic ideologies, from communism to fascism, revolved around a promise to end suffering in its tracks. But suffering is inevitable. The world is random and chaotic, and regardless of how much time and money you throw at any problem, failure can never be ruled out.

But this does not mean that those who succeed are simply “lucky.” By the law of large numbers, over a lifetime each of us will experience equal amounts of good and bad luck. A successful person learns to mitigate their bad luck and maximally capitalize on their good luck.

To win the marathon of life, you have to learn not to blame yourself for things beyond your control. Judge your decisions based on what you knew at the time. Accept the lottery. I once heard a prayer that has stuck with me for all these years: “Lord, give me the strength to change what I can, the patience to accept what I can’t, and the wisdom to know which is which.”

When you gain the wisdom to reserve your mental energy for the challenges within your grasp, soon enough, obstacles begin to melt away. This turn for the better isn’t the universe finally “favoring” you. Rather, a clearer mind enables better choices and outcomes, leading again to that same positive inertia.

Perception of luck is a catch-22: in order to “have good luck,” you first need to reject the concept altogether.

3. Create a System to Withstand the Storm

We know that small steps add up, but we also know that entropy and chaos are inevitable. From time to time, the flames of entropy will consume years’ worth of accomplishments in an instant. That’s the second law of thermodynamics: tearing down is always easier than building up.

Weathering the storm requires a system. A system is any organized means of accomplishing your goals and living your life. It may be something as simple as a daily ledger where you commit a certain amount of time to studying or working. It could also be a complex algorithm you use to decide what goal to prioritize next.

The system need not be perfect. In fact, it must be fluid enough to be constantly evaluated and refined (remember, evolution built us using simple trial and error).

The key is that it remains in place no matter what. So when life throws its worst at you, no matter how broken you are, you have a worked-out means to force yourself out of bed and back to work. You remember your big goal, and even if it seems further away than ever, you have a baseline from which to rebuild—one small step at a time.

The advice I’ve given is incredibly general—and that’s the point. The only thing you and I may have in common is our aspiration to do big things. The best kind of advice, whether medical or for life in general, recognizes the unimaginable variability between individuals and tries its best to bridge that divide. That’s how fortune cookies and psychics “work,” and that’s how my advice works, too. Anyone who claims they know exactly what’s best for you isn’t worth your time.

So work hard. Recharge harder. Don’t sprint. Run a marathon. Don’t be afraid to climb high. But keep a soft place to land, pick yourself up, and start climbing anew.

Those are the habits that have gotten me to where I am today. And I can’t give you advice any more concrete than that—that is, unless I see you as a patient one day.

Adam Barsouk is a medical student at Sidney Kimmel Medical College, a researcher at the University of Pittsburgh Cancer Institute, a health policy contributor and the lead editor and author of the upcoming book “Igniting Liberty.” This article was originally published on FEE.org.