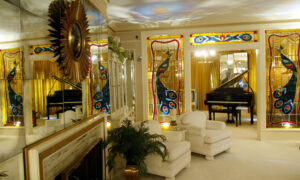 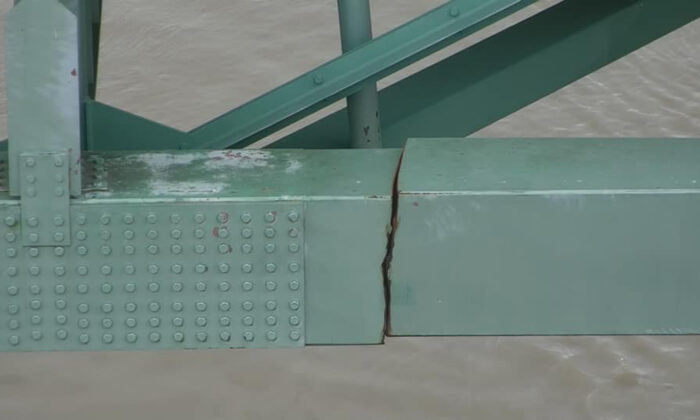 A crack is in a steel beam on the Interstate 40 bridge, near Memphis, Tenn. (Tennessee Department of Transportation via AP)
Regional News

I-40 Bridge Inspector Fired, May Face Charges for Not Flagging Huge Crack in Span

A bridge inspector who apparently failed to flag a crack in a span of the Hernando de Soto Bridge that was shut down last week was fired and may face a criminal investigation, officials said.

The crack on the bridge, which connects Memphis, Tennessee, to West Memphis, Arkansas, was seen in a 2019 drone video, Arkansas Department of Transportation Director Lorie Tudor told reporters, adding that the unnamed inspector was fired.

The inspector, she added, did not note the crack in his reports. “This is unacceptable,” Tudor said.

“From our investigation, we have determined the same employee who conducted the inspection in 2019 and 2020 failed to carry out his responsibilities correctly,” Tudor said, according to the Memphis Commercial Appeal.

The incident is being referred to federal investigators, meaning that the inspector could face charges.

“He didn’t see it,” Tudor said about the crack in the bridge’s truss. “But the reason he didn’t see it is because he wasn’t following proper protocol.”

Tudor said the official was asked to “literally go inch by inch along that beam and physically inspect every inch of the beam,” adding: “That did not happen.”

Traffic on the bridge, which carries Interstate 40, was shut down on May 11 after the fracture was located. River traffic under the bridge was also halted by the U.S. Coast Guard, leading to numerous barges and ships being stuck before it was reopened Friday.

I-40 traffic is currently being rerouted to Interstate 55 and the Memphis and Arkansas Bridge, which is about 3 miles south, officials have told local media.

The Tennessee Department of Transportation said in a news release Monday that it has selected a company to complete the repairs for the bridge’s truss.

“Both phases will need to be completed before traffic can re-open on the bridge,” the release said. “At this point, we are unable to project a re-opening date.”

About 11,000 pounds of steel has to be fabricated to repair the truss, and that is expected to be completed by May 19, the agency added, saying that the steel will then be transported to Memphis.