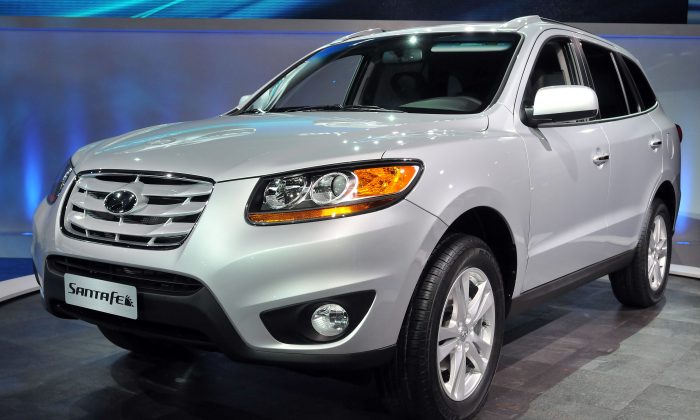 The manufacturers of a stolen SUV took control remotely as police pursued it along a Nashville highway, bringing the vehicle to a stop.

Law enforcement had been alerted to a stolen Hyundai Sante Fe on March 28 by the manufacturer, and officials at the company agreed to help track the vehicle, according to WKRN.

When officers with the Metropolitan Nashville Police Department tried to pull over the SUV, however, the suspect took off in the SUV.

But Hyundai had another trick up its sleeve: a new security measure called Stolen Vehicle Slowdown. They were able to remotely reduce power, and finally shut off the engine.

The suspect was named as Alex Oldham, 24, in local reports.

According to Fox 17, 15 grams of meth, 7 grams of cocaine, and 1 gram of heroin were found in the vehicle.

A car manufacturer worked with Nashville police to stop a suspected thief, eventually disabling the SUV remotely while the man was fleeing police on the interstate.

“Stolen Vehicle Slowdown enables law enforcement to gradually reduce the engine power of the vehicle, slowing it down to safe levels”‘ according to the Hyundai USA’s website.

“A warning is also transmitted to the driver prior to the slowdown procedure. Stolen Vehicle Immobilization enables law enforcement to send a signal to the vehicle, which immobilizes the engine management system, preventing it from starting.”

Local reports do not indicate how the vehicle was stolen.

A recent review of stolen vehicles in the area over a week showed that the majority (63 percent) were easy targets because the keys were left inside or made available to thieves.

“Five of the 37 vehicles stolen were left running without the driver present,” said a local government statement.

The capacity to shut down stolen vehicles remotely might appear attractive to some owners. But some in the tech and automotive industry warn that any wireless connection to the outside world—including various smart technology features—could leave the vehicle vulnerable to hackers.

According to CNET, the only other manufacturer to provide remote slowdown is General Motors, as part of their OnStar Service—which has been around for over a decade.

The OnStar service cuts power to the vehicle, but leaves brakes and steering unaffected, while the hazard lights flash to draw attention to the vehicle.

Back in 2013, GM claimed it slowed down a stolen vehicle once every three or four days.

But as in-car smart technologies grow smarter, so will the criminals, warn some in the tech industry, as cars become vulnerable to the kinds of security problems previously confined to computers.

Pen Test Partners, a British firm that analyzes IoT security, wrote on its website, “After purchasing and fitting several high-end ‘smart’ alarms to our cars, costing us around $5,000, we discovered that two of the largest aftermarket alarm systems have critical security flaws.”

“In some cases, the car engine could be ‘killed’ whilst it was driving. One alarm brand allowed drivers to be ‘snooped’ on through a microphone,” the website continued.

“Now if you want to take the car, you can just stop the engine to order, unlock the vehicle, grab the driver, pinch the keys and you’re off.”Ken Munro, founder of the company, said in a video explaining their findings. ” This is crazy.”