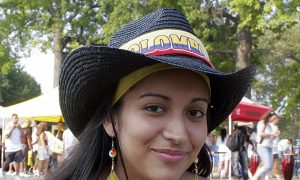 A hydrochloric acid spill forced hundreds of residents of a Colorado town to evacuate from their homes Wednesday morning. They were able to return by 10 p.m. Wednesday.

Evacuations were ordered for 255 homes in Monument, a town of 6,800 people north of the U.S. Air Force Academy, after a passing train discovered that another train’s tanker was leaking the dangerous chemical at around 1:30 a.m., according to The Associated Press.

“It was not a rapid leak, but when the liquid dripped out and hit the ground, it turned into a vapor,” Sergeant Mike Schaller, spokesman for the El Paso County Sheriff’s Office, told Reuters.

It is unclear how long the tanker had been leaking as the Burlington Northern Santa Fe train traveled from Kansas to Denver.

Everyone was allowed to go home after crews pumped the acid from the leaking tanker into a safe one. The new tanker moved out of the town on Thursday morning.

Monitors did not detect any harmful levels of the acid, neither were any injuries or health problems reported. The railroad’s spokeswoman Lena Kent told AP that as many as 75 gallons of acid leaked out from the 25,000-gallon tanker.

“It’s safe to go home,” said Monument police Lt. Steve Burk, according to AP. He added that pamphlets with information about the incident were delivered to residents’ mailboxes.

Hydrochloric acid is a highly corrosive, strong mineral acid with various industrial uses. Its fumes can lead to irritation to skin, lungs, and eyes.