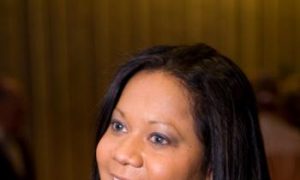 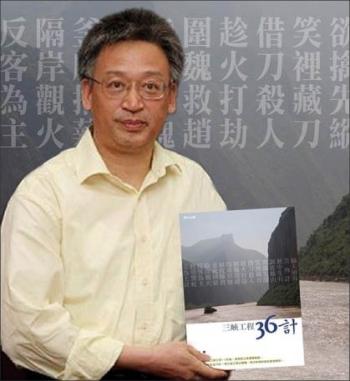 Dr. Wang Weiluo lives in Germany now. He is the author of the book titled The 36 Tricks of the Three Gorges Project. The Epoch Times Photo Archive (The Epoch Times )
China

By Fang Xiao
Print
"The Chinese regime is artificially distorting the severity of the current drought, saying that it is one that would only occur once in a hundred years or once in a thousand years," said Dr. Wang Weiluo, a well-known water expert and hydraulic engineer who lives in Germany.

He believes that the CCP’s intention behind the exaggeration is to showcase its leadership and demonstrate that it can "prevail in battles with heaven and other natural disasters."

“China’s geographic environment has an important characteristic, which is, the rainfall conditions in China are good; the total rainfall is relatively high and spread evenly across the country. Another advantage is that China's rainfall and agricultural growth are synchronized," he notes.

“One shortcoming is that rainfalls are not well balanced during the year. Therefore flooding happened quite frequently throughout the history of China, but not severe drought.”

“There has been no rain in some parts of China for more than 3 months, but it is not a severe drought. Though Chinese farmers are not able to water their fields, this drought has been mostly caused by human reasons. The areas hit by drought are mainly north of the Yangtze River, and some parts of Jiangsu and Anhui provinces.

“The CCP said that the drought is a once-in-a-hundred years or a thousand years event. This can only be true for a small area, not for the entire country. This statement is an intentional distortion.”

Dr. Wang points out that there are two phases in the CCP’s water conservation effort: before the economic reform and after the reform, namely the “first 30 years” and “the second 30 years.”

During the “first 30 years,” Mao Zedong implemented a policy of “extensively developing agriculture and building up water conservation capacity” and many facilities were built during that period.

“Dam breaks happened last year in Fujian, Hainan, Jilin, Jiangxi, Hunan and other places, causing flooding. The CCP’s flood control department was ordered to remove all water out of these reservoirs, in order to prevent dams from breaking. Since September, however, after the rainy season, there has been no rain, so there is little water in the reservoirs to help with the drought.

“Therefore, the quality of the dams of China’s reservoirs is not good or secure, and cannot play its proper role."

Next: The CCP Never Admits its Mistakes