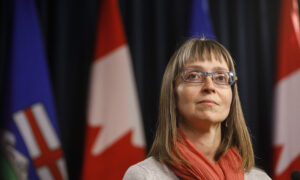 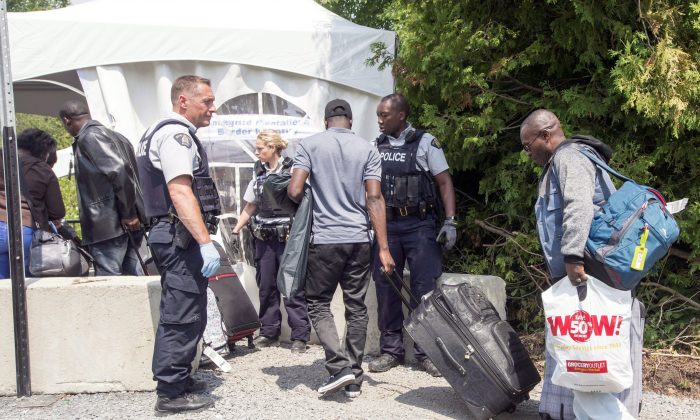 A group of asylum-seekers cross the Canadian border at Champlain, N.Y., on Aug. 4, 2017. (The Canadian Press/Ryan Remiorz)
Canada

Agreement needs to be fully renegotiated, says Rempel
By The Canadian Press
Print

OTTAWA—Immigration Minister Ahmed Hussen says he has approached the American government with ideas for modernizing a 14-year-old agreement on refugee claimants who attempt to cross the border between Canada and the United States.

One idea he is floating is to use biometrics to allow border officials to better track the movements of individuals at official ports of entry to determine if they are eligible to make a refugee claim in Canada.

Hussen says new technologies like biometrics could give greater enforcement powers to border security officers and help modernize the agreement.

“Now it’s easier to establish ‘country of first presence’ without the need of line-of-sight. You can do that with biometrics, you can do that other ways, so the agreement could incorporate those new developments,” he said.

This is one of several ideas Hussen has floated to the U.S. government as a means to modernize the safe third country agreement.

But this change would do nothing to stop the flow of irregular migrants coming to Canada through unofficial entry points, since the safe third country agreement does not apply at non-official border crossings, said Conservative Immigration critic Michelle Rempel.

That’s why the government needs to fully renegotiate the agreement or apply it to the full length of the border, she said.

She and other MPs questioned Hussen and Public Safety Minister Ralph Goodale on May 29 at a meeting of the Commons immigration committee.

Rempel said she is frustrated at the lack of details provided by the ministers to questions on the numbers of individuals who have been removed from the country after illegally claiming refugee status by crossing the border irregularly.

“I suspect that number is exceptionally low … there’s no way [Goodale] doesn’t have that number,” she said.

“I think it’s because their plan isn’t working and they don’t want to be held accountable by Parliament or by the Canadian people, and that’s why they’re withholding this data.”

Both Hussen and Goodale promised to table the information requested by Rempel in the coming days.