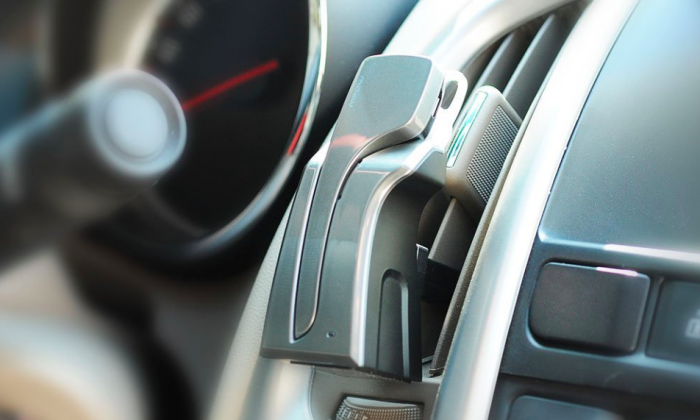 A South Florida woman who was kidnapped at gunpoint on May 3 was saved by her husband due to a Bluetooth earpiece she had on, officials said.

Priscilla Cercone, 49, was sitting in her car right outside her home in Hollywood, Florida, when a man, who police later identified as 21-year-old Bernard Owens, approached her with a handgun; He pointed it at her and “ordered her to open the back door of her car or he would kill her,” according to a probable cause affidavit obtained by ABC News.

Cercone had just finished picking up her mail and decided to sit inside her vehicle to talk to her husband, using her Bluetooth device.

The affidavit stated that Cercone “feared for her life,” so when Owens demanded that she opened the door, she did just that.

He then ordered her to start driving—with the handgun pointing at her head.

When she told him she did not have any money on her, he demanded that she take him to an ATM.

Cercone’s husband was on the phone the entire time.

He quickly caught on to what was transpiring and called 911.

When the victim and the kidnapper came back from the ATM—after withdrawing $400—Owens wanted more.

He asked her what kind of possessions she held inside of her home as well as who was currently present.

Cercone, noticing the officers, jumped out of the moving vehicle, according to the affidavit, with Owens following suit.

But his freedom was short-lived. Police caught up with and arrested him. They found Cercone’s $400 and her cellphone on him (he took it in the beginning of the drive).

Owens appeared in court on May 4, ABC affiliate WPLG reported.

He has been charged with robbery with a firearm, possession of a weapon or ammo by a convicted Florida felon, false imprisonment of an adult, and kidnapping with intent to commit or facilitate commission of a felony, according to online court records for Broward County in Florida.

He was booked into Broward County Jail without bond.