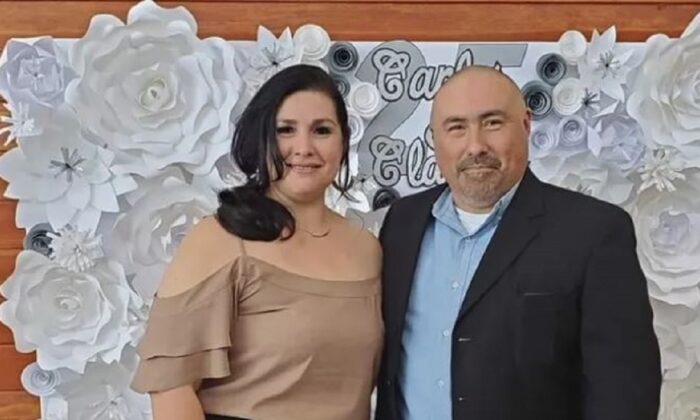 The husband of one of the teachers slain in the mass shooting at a Texas elementary school this week died on May 26 from an apparent heart attack, family members said.

Joe Garcia, the husband of Irma Garcia, “tragically passed away this morning as a result of a medical emergency,” Debra Austin, Irma Garcia’s cousin, wrote on GoFundMe. “I truly believe Joe died of a broken heart, and losing the love of his life of more than 25 years was too much to bear.”

According to the teacher’s official biography, the Garcias had been married for 24 years and had four children.

“I love to BBQ with my husband, listen to music, and take country cruises to Concan,” Irma Garcia wrote in the bio.

“Lord god please on our family, my [tia’s] husband passed away this morning due to a heart attack at home,” Joey, one of Irma Garcia’s nephews, wrote on Twitter.

Joe Garcia visited a memorial for his wife in the morning on May 26 to drop off flowers, and when he returned home, he “pretty much just fell over,” John Martinez, another nephew, told The New York Times.

Martinez said on Twitter that Irma and Joe Garcia were high school sweethearts and leave behind children aged 13, 15, 19, and 23.

“No child should have to go through this. My heart breaks for them,” he said.

Irma Garcia and Eva Mireles, another teacher at Robb Elementary School, and 19 children were killed on May 24 by a shooter identified by authorities as Salvador Ramos, 18. Ramos was killed by officers, according to Texas authorities.

Family members have said Garcia and Mireles died trying to protect their students.

Garcia “sacrificed herself protecting the kids in her classroom,” according to Martinez.

Adalynn Ruiz, Mireles’s daughter, said on Facebook that her mother “selflessly jumped in front of her students to save their lives.”

“Mom, I have no words to describe how I feel right now, tomorrow, and for the rest of my life,” Ruiz wrote. “Mom, you are a hero. I keep telling myself that this isn’t real. I just want to hear your voice.”