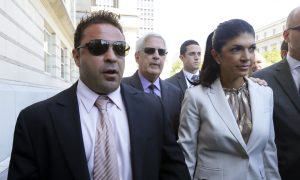 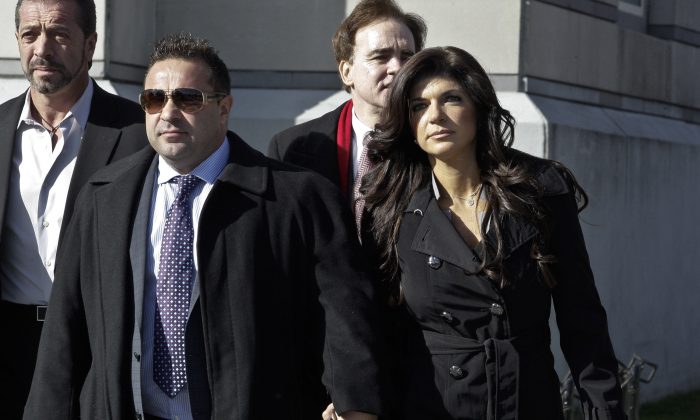 Giuseppe “Joe” Giudice of “The Real Housewives of New Jersey” (RHNJ) was immediately turned over to ICE officials to await a deportation ruling after completing his 41-month prison sentence.

The husband of RHNJ star Teresa Giudice was released from a federal prison in Pennsylvania on March 14 and transferred directly to an immigration detention center, People reported.

“Mr. Giudice has finished serving his federal prison sentence and was transferred earlier this morning from the Bureau of Prisons to a facility in western Pennsylvania which houses immigration detainees,” the star’s attorney, James Leonard Jr., told People.

ICE lodged a detainer on Giudice when he began his prison sentence in March 2016 after he was indicted, along with his wife, on charges of fraud, according to E-News.

Last October, an immigration judge ordered that Giudice be returned to his native Italy after his prison sentence. According to NBC, Giudice came to the United States as an infant, but he never obtained American citizenship. Under U.S. law, non-citizens can be deported if they have been convicted of a crime.

Joe filed an appeal against his deportation, and the case is still pending. According to Entertainment Tonight, Joe will remain in ICE custody until he is given a court date to appeal the deportation order. Leonard says he is hopeful that Joe will be able to return to his family.

In 2014, the couple pleaded guilty to 41 counts of fraud, including mail, wire, and bankruptcy fraud. The two admitted to hiding assets from bankruptcy creditors and submitting false loan applications to get favorable mortgages and other loans between 2001 and 2008. Teresa Giudice was sentenced to 15 months in a federal prison. Joe, who also plead guilty to tax fraud, was sentenced to 41 months and possible deportation to Italy. The justice department said at the time that the decision would be made by ICE following completion of his sentence.

The judge allowed the couple to serve their sentences at separate times so that their four daughters would have someone to look after them.

Teresa Giudice served 11 months in federal prison and was released in December 2015. Joe Giudice began his prison sentence after her release.

According to Bravo, the network RHNJ runs on, Teresa made it clear that she would stick by her husband. However, she admitted that, even though the couple hasn’t talked a lot about what would happen if he were deported, she likely wouldn’t stay with Joe if he were sent back to Italy.

“I mean, I’m not doing a long-distance relationship. I’m just not doing it. I want somebody with me every day,” she said during Part 3 of the RHNJ season 9 reunion earlier this month.

“And I know exactly what happens. Like, you know, I’m sure he’ll be with other women. You know, it happens. So, if we do the long distance thing, it’s not gonna work. I’ll be like, ‘Bye, bye.'”

Tune in tonight, part 2 of the RHONJ Reunion! Thank you to all of you that have supported me and have my back I truly appreciate you!