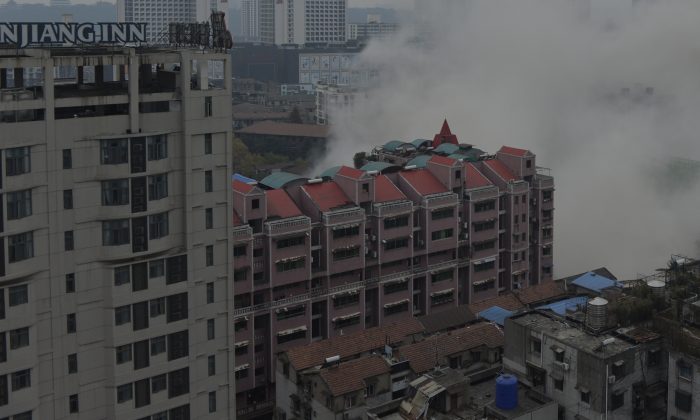 Jealousy can truly drive some people to the most extreme, and sometimes even absurd behavior.

A drunk husband jumped out of a fifth story window after a fit of jealousy about his wife’s attention and affection for their one-year-old son, according to Chinese online news outlet Pear Videos.

The man, who was left unnamed in the report, survived the fall, and was rescued after he attempted another act of self harm on July 13. He was out of immediate danger after arriving at the hospital.

Before he jumped out of the window, his wife was shocked when she found their 1-year-old son covered in feces and urine, and her husband in a drunk and tearful state.

Both he and his wife are in their early 20s, and have known each other since childhood, according to Pear Videos. The couple lives in Taizhou City of China’s Zhejiang Province.

Since their son was born, the man felt that his wife has put all of her love and attention on their child, according to Pear Videos. He has been rife with jealousy, bringing arguments to the point of saying the two should get divorced.

One night when the woman came home, her husband had been drinking. She found their son, crying wildly and covered with feces and urine. In a fit of rage, she argued with him immediately.

Her husband, now in tears too, fought back and said she had only been caring for their child, and not him. In a fit of drunken rage, he jumped out of the fifth floor of their residential building. The report did not clarify what floor the two lived on.

However, he did not land on the ground. He fell to the third floor, and was still able to walk. He intended to seal his fate by jumping into a river near his home.

After her husband had been missing for an hour, the wife reported to the police that she couldn’t find him. He was later found laying a on rocky bank near the shore of a river. He was carried from the scene by his hands and feet, and loaded into the back of an ambulance to be taken to the hospital. Reports said he was out of any immediate danger.

Most of the posts on Chinese social media were supportive of the wife, and criticized the husband. On Weibo, China’s version of Twitter, user “Turn and Speak to Open Sunflowers” wrote: “The wife must be really exhausted, she has to raise two children!”