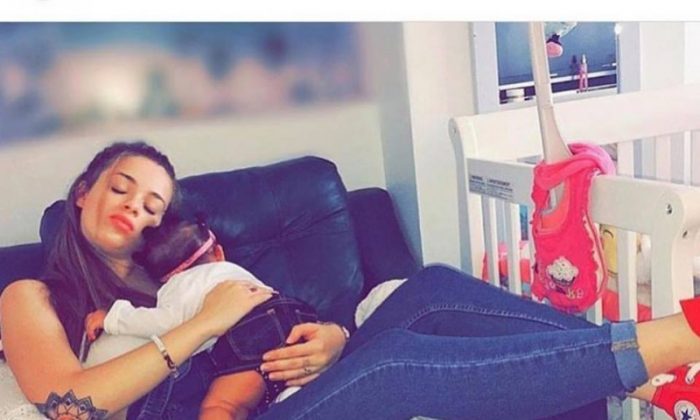 A Brooklyn man with a history of domestic violence has been charged with the murder of his wife.

Tonie Wells, 22, was found in the basement of a brownstone where she lived with her husband Barry Wells, 29, on Dec. 27.

Wells was caught in New Rochelle, where police said he fled after strangling his wife to death.

“This defendant allegedly killed the woman he purportedly loved. It is critical that we do all we can to combat domestic violence which in this instance escalated, led to a senseless death and left this young mother’s family and friends to struggle with such a tragic loss,” Brooklyn District Attorney Eric Gonzalez said in a statement.

Police said that the defendant and his wife got into an argument in their apartment, during which their 21-month-old daughter was locked out of the apartment and crying in the hall.

A neighbor took away the baby while the argument continued. Later, when a neighbor heard the argument end, the neighbor went to check on Tonie Wells and found her unconscious in the basement.

She was later pronounced dead. There was an active order of protection against the defendant in effect at the time of the death.

An autopsy revealed the cause of death to be strangulation.

Sources told Pix11 that Barry Wells has a history of domestic violence and police were called to the home in Crown Heights at least once before.

Barry Wells was arrested in September for allegedly assaulting his wife. A witness told officers she saw him drag her down a stairwell and into a closet. Tonie Wells said then that her husband choked her.

A friend of Tonie’s started a fundraiser that would support the daughter she left behind.

“Please help us raise money for Tonie’s final farewell and support her 2 year old daughter left behind. Thank you for your blessings,” Alex Reznik wrote.