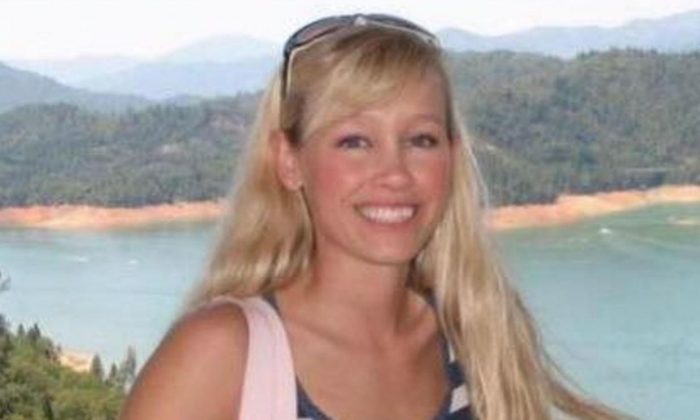 The husband of a Northern California woman revealed more details on his wife’s three-week alleged abduction.

Sherri Papini, 34, disappeared on Nov. 2 after going for a run near Redding, Calif., and she wasn’t found until Thanksgiving Day about 150 miles south of her home. She had flagged down a driver, according to her husband, Keith Papini.

Upon discovery, she was emaciated and covered with burns and bruises. Her blonde hair was also cut off and she had chains around her waist and wrists, CBS News reported.

“She screamed so much, she’s coughing up blood from the screaming trying to get somebody to stop,” Keith said told ABC’s “20/20” show. “And again just another sign of how my wife is, she’s so wonderful. She’s saying, ‘Well maybe people aren’t stopping because I have a chain that looks like I broke out of prison’ so she tried to tuck in her chain under her clothes.”

Keith described what she told him of her ordeal.

“She was bound … she had a metal chain around her waist,” he said. “She had a bag over her head…she was chained anytime she was in a vehicle.” Then she told him her captors, while driving, “cut something” that was restraining her, pushed her out onto the road and drove off, Keith said.

Sherri Papini’s husband Keith: “I thought about her being there, screaming my name.” https://t.co/wQavwdgpJW pic.twitter.com/V0Oz9QH6DS

Police said Sherri was able to provide some details—although scant—about her alleged abductors. They are described has two Hispanic women; one of the women had long curly hair, pierced ears, and thin eyebrows. The other woman was described as older, with straight black hair and gray and thick eyebrows, People magazine reported. They spoke Spanish most of the time.

“Sherri did her best in providing the descriptions but was not able to provide a detailed description because of the assailants covering their faces,” Bosenko said.

Officials don’t know where she was held during those three weeks, adding that she was held against her will and was isolated. They also have not been able to come up with a motive.

The driver who found Sherri early in the morning on Nov. 24 described the scene. “I see this blonde woman waving what looks like a brown flannel shirt up and down desperately trying to flag someone down,” Alison Sutton said, KOBI-TV reported.

“I could have hit her because she was so close to the side of the road.”