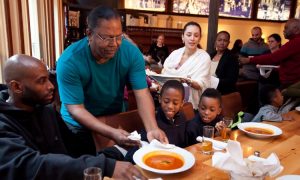 A Christmas Eve For the Needy
0 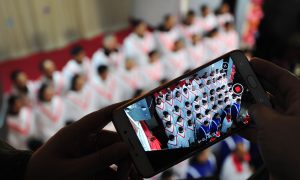 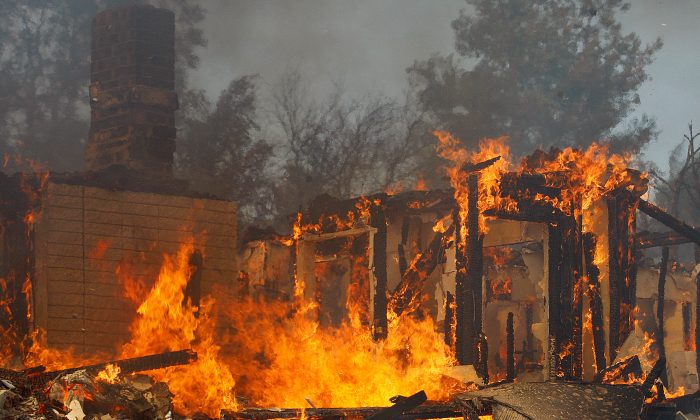 A house burns in San Marcos, California on May 15, 2014. (David McNew/Getty Images)
US News

The Travis family, of Cleveland County, North Carolina, will always remember Christmas Eve, 2017 as the day they gave life and safety to others.

Saving a Family’s Christmas From the Flames

On the way home Crystal passed a house which seemed to be on fire. At first, she couldn’t be sure if the house was aflame or if there was a bonfire in the front yard, she told CNN. As she got closer, she saw flames erupting through the roof, WSOCTV reported.

Crystal drove right into the home’s front yard. As she stopped, she saw a woman run out of the house with an infant in her arms. The woman handed the baby to a neighbor.

Crystal and Tori leaped from the car and rushed over to help. As they approached the front of the house they saw a man throwing clothing and Christmas presents onto the front lawn.

Crystal and Tori grabbed whatever they could and carried it out of range of the fire. Then the home’s propane tanks exploded.

“I couldn’t really tell at first and then I realized yea, this house is on fire,” Crystal Travis told WSOCTV.  “Then, all of the sudden, the propane tank on the porch explodes. It shakes the ground, and you can feel it. There’s smoke everywhere. It’s hard to breathe.”

Crystal Travis called 911 and waited for the fire department to arrive. The family managed to save some of their Christmas gifts so the children could have some holiday happiness.

“It was just all really fast, really chaotic,” Crystal Travis said. “Just really glad they were able to make it out.”

Coughing and wheezing from smoke inhalation, Tori called her father Randy Travis and suggested meeting him at a local Applebee’s for lunch.

To Crystal and Tori, what they did was no big deal. The scene was “not as sensational as everyone says—we just stopped to help when we saw fire,” Crystal told CNN.

Randy Travis runs a roofing business. Before that he worked as a fireman and EMT in Cleveland and Catawba Counties—experience which came in handy on his way to Applebee’s.

Travis saw a vehicle parked on the median near Hickory Mall. At first, he thought it might be a traffic accident. Then he saw an infant lying on the ground, with people all around.

Travis’s training kicked in. He ran over to the baby and immediately began performing CPR. With the aid of another firefighter, Travis was able to get the boy breathing again.

“It looked like there was a traffic accident in the front of the mall,” Roger Travis told WSOCTV. “We did get a pulse. The child was crying.”

Travis says he is not a hero. “A hero puts themselves in harm’s way, sacrifices their life for someone else,” he told CNN. “I’m just doing what I was trained to do.”

“I was the right person at the right time for that person in need.”

He and his wife see not heroism, but divine intervention—a Christmas miracle.

“We were like, ‘What are the odds? This is the craziest day ever,’” Crystal Travis said.

“God put us at the right moment, at the right time, for the people that needed us the most,” Roger Travis said.