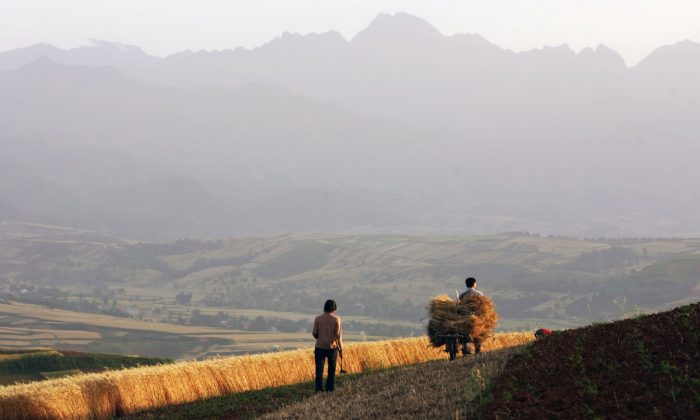 A man attacked his pregnant wife and three of her family members with a knife, seriously wounding all four, according to the Chinese TV station Shaanxi News Channel.

The incident occurred in Xianyang City of Shaanxi Province, China on July 8.  The wife, surnamed Wang, as well as her mother, younger sister, and 3-year-old nephew sustained serious, but non-life threatening wounds at the time of reporting on July 11. Wang, 23, was three months pregnant, but no information is available about the condition of her unborn child.

The attacker, surnamed Gao, was arrested a day after the incident.

The attack occurred at the house of Wang’s father in Xianyang City. She was staying there at her parent’s behest to avoid Gao’s abusive behavior. But Gao was upset that his in-laws intervened in their marital disputes and couldn’t accept his wife’s decision to move back with her family.

From Arguments to Fights, to Near Murder

Wang met Gao online, and the two were married in July 2018. Leading up to the marriage, Wang’s father said she was happy, according to the Shaanxi News Channel. However, shortly after the wedding, the relationship began to sour.

Wang’s father said that there had been three instances of arguments that led to physical fights. He and the rest of his family did not pay too much attention to the fighting. He felt it was normal to have arguments in a relationship, according to the Shaanxi News Channel.

However, when the young couple fought for a third time on July 8, Wang’s family became alarmed. Seeing Wang covered in bruises, her mother and father decided enough was enough and took her to stay with them to spend the rest of her pregnancy in their countryside house. Wang was three months pregnant at the time.

Wang’s father did not take Gao’s behavior seriously. However, Gao followed through on his threat. He sneaked into the Wang family house with a knife, and let loose his attack.

Gao stabbed and cut Wang, her mother, younger sister, and nephew. Wang’s father was upstairs and ran down when he heard the screaming. “His face was, and neck were all red,” Wang’s father told the Shaanxi News Channel, describing the blood covering Gao. “He was holding the knife and ran out the door and jumped in a car.”

Wang, her mother, sister, and nephew are still in the hospital ICU at the time of reporting.

Gao was found by police hiding in a rundown house on July 9.