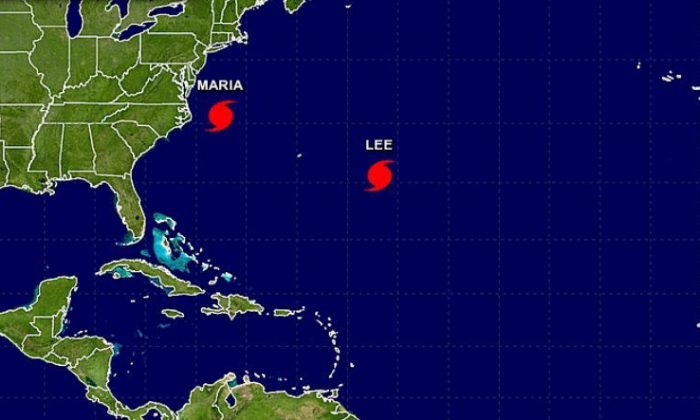 However, it’s located out in the Atlantic Ocean, about 485 miles east-southeast of Bermuda and 1,700 miles west of the Azores.

Right now, there are no hurricane warnings or watches in effect.

Lee is not expected to hit the United States, as the NHC’s models show it making a loop north and toward the northeastern Atlantic.

Meanwhile, Hurricane Maria is located off the coast of North Carolina. It was a tropical storm but again strengthened to a hurricane as a Category 1 storm, the NHC said in an update at 11 a.m. Wednesday, Sept. 27.

The NHC stated that Maria is turning northeastward away from the U.S. mainland. It has maximum sustained winds of 75 mph.

A Storm Surge Warning is in effect for:

A Storm Surge Watch is in effect for: