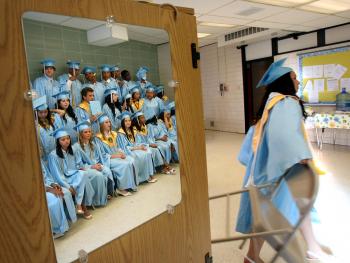 Hurricane Katrina-Affected Schools to get $1.8 Billion

Helena Zhu
View profile
Follow
biggersmaller
Print
With Hurricane Katrina’s fifth anniversary just around the corner, the Federal Emergency Management Agency will give $1.8 billion to local schools for the damages suffered during the hurricane.

The single payment to the Orleans Parish School Board and the Recovery School District will allow children in New Orleans to attend state-of-the-art educational facilities, push forward community recovery, and enable local leaders comprehensively rebuild the city’s school system, according to a press release from Sen. Mary Landrieu (D—La.). Landrieu drafted the bill that gave permission to the agency to provide the payment.

“This lump sum approach is a much wiser investment of taxpayer dollars and should serve as a model for the right way to rebuild communities following a major disaster,” said Landrieu.

An official announcement of the payment from the agency is expected to come later this week.

Hurricane Katrina, the most destructive hurricane ever to strike the United States, took nearly 2,000 lives and affected more than a million people. To commemorate the fifth anniversary, President Barack Obama will visit New Orleans and deliver remarks on Aug. 29.