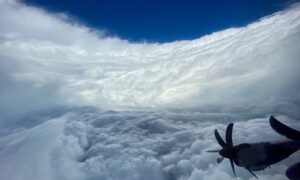 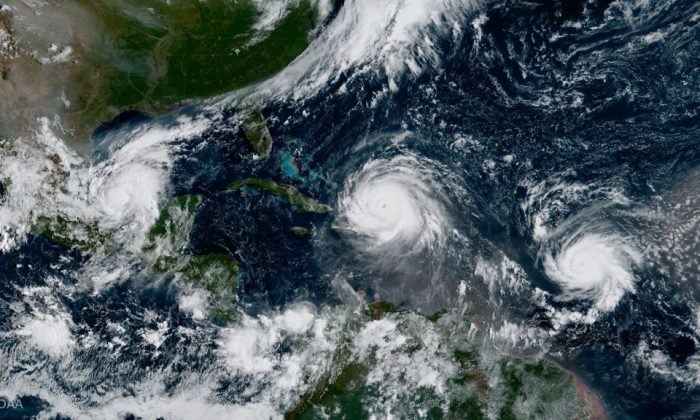 A man from Antigua recounted the horrific experience of the only person to die when Hurricane Irma tore into Barbuda.

In a video obtained by the Daily Mail Eli Fuller broke down in tears as he recounted the experience of a woman who tried to hold on to a child during the storm, only to have the 2-year-old blow out from her arms. She found the child dead the next morning.

Fuller was one of the first people to arrive in Barbuda to help out after Irma. Hurricane Irma did little damage to Antigua, the larger of the two main islands that make up the nation of Antigua and Barbuda. 90 to 95 percent of Barbuda was decimated in the hurricane. 60 percent of the residents are now homeless, according to Barbuda Prime Minister Gaston Browne, in an interview with ABS TV.

In a 10-minute video posted to his Facebook page, Fuller goes into detail to describe how difficult rescue efforts are. There are no functioning communication devices, making it difficult to coordinate efforts, and even navigating a boat to Barbuda isn’t safe due to the destruction of docks, floating debris, and the murky and rough waters.

“I have to admit that in Antigua we had no clue of the extent of the damages here. In fact the last report that we got early in the morning was that there was a few roofs that were lost,” said Prime Minister Browne, at a conference with locals on Barbuda. “We just did a flyover, and I have to tell you, my heart sunk. This has been one of the worst days of my life. So I know how you must feel as Barbudans. The entire country has been decimated. I have never seen anything like this before.”