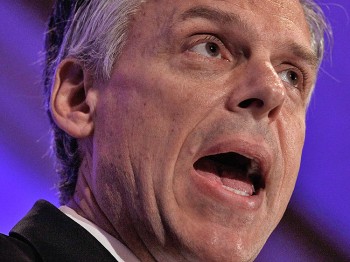 He will begin his presidential run at Liberty State Park in New Jersey. From there, he will travel to New Hampshire, the first primary state in the nation, and Florida, which will host the 2012 GOP nominating convention, according to news reports.

According to a number of political commentators, as a GOP candidate, Huntsman’s greatest weakness is his relative obscurity compared to the well known Mitt Romney, who is currently the front runner for the GOP bid.

Though Huntsman is lacking in terms of public recognition, he stands out as someone who has foreign policy experience due to his former position as ambassador to China, experience which Huntsman plans to use to improve the economic downturn.

Huntsman was also impressive as the former conservative governor of Utah from 2004 to 2009. He pushed for pro-business legislation, such as creating a flat state tax of about 5 percent and removing laws that made drinking difficult so as to not detract from tourism and business.

His actions bolstered the state economy, inspiring the Pew Center on the States to name Utah as one of the three best managed states in the 2008 Government Performance Project report.

Gary Herbert, the Republican governor who succeeded Huntsman, comments, “He cut taxes and reformed the code. A lot of people wish we had more conservatives like that,” reported Associated Press.

Although Huntsman is similar to other Republicans in being conservative with regards to business, he has pushed for legislation that deals with reducing carbon emissions and preventing global warming, which many Republicans avoid doing.

Since becoming a candidate, Huntsman has been moving away from the cap-and-trade idea of emissions reduction, saying it would reduce job growth.

Huntsman also differs from other GOP candidates in that he served as a Republican in Obama’s Democratic administration. As a result, he is not as critical of Obama. In an interview with Real Clear Politics, he said, "I think he's a good man, and he's tried his best.”

Though his attitude is less harsh than other Republicans, Huntsman made clear that he and Obama “don't have a personal relationship.”

"I was asked to do a sensitive job,” Huntsman said of being the ambassador to China, “but it's not like it was based on a personal relationship,” he added.