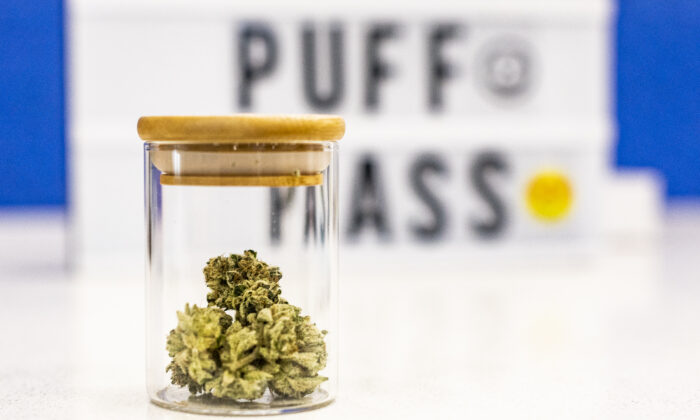 HUNTINGTON BEACH, Calif.—Surf City could be moving toward legalizing cannabis businesses after the city council voted in favor of a ballot measure that would regulate cannabis in the city.

The city council voted 5–2 on March 2 to allow voters to decide in June for an up to 6 percent tax on commercial cannabis sales and a 1 percent tax on non-retail, including indoor cultivation and distribution.

Huntington Beach currently has a ban on retail cannabis. Though this ballot initiative would not lift the ban, it would put in place regulations if the city were to lift the ban in the future.

Councilman Dan Kalmick said how residents vote on this measure in June will indicate their position on legalizing the commercial sale of cannabis in the city.

“It gives us basically real polling information. It tells that our voters will vote if they want the tax and I think implicitly if they want cannabis and retail cannabis in our city,” Kalmick said during a March 2 council meeting.

Pro-cannabis groups have filed petitions to get measures including marijuana legalization, taxation, and regulation of cannabis businesses in Huntington Beach on the ballot, causing the city to want to get ahead and create its own measure, according to Grace Yoon-Taylor, the city’s senior administrative analyst.

Since the measure would create a special tax, the June 7 election will require a two-thirds vote in order to pass.

The Orange County Registrar of Voters estimates the cost to put the measure on the ballot will be $317,000 to $450,000, Yoon-Taylor said.

Yoon-Taylor said cannabis sales would generate around $300,000 to $600,000 yearly in new taxes. The funds would go toward police services, public safety, and homeless services.

“Right now you’re saying, ‘It’s a tax.’ It’s a tax on what?” Petersen said during the meeting. “What are the requirements to have this? How much of it are we going to have in our city? If those factors are in there, people might change their mind.”

Supportive councilmembers liked the idea of the tax rate being flexible, given that they will be able to change it depending on economic conditions.

“I like that it also has the flexibility of not setting the tax rate at this time, we have the flexibility to move that up or down depending on how market conditions are,” Councilwoman Kim Carr said.