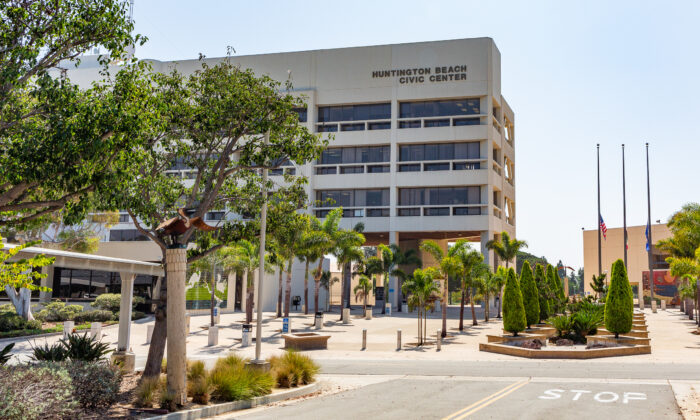 The Huntington Beach city council unanimously voted Dec. 1 to apply for state funding to purchase and convert a motel into long-term housing for the homeless.

Through the state’s Project Homekey—a program that converts properties into transitional housing for the homeless—the city plans to purchase a building currently operated by Quality Inn and Suites at 17251 Beach Boulevard.

From the state, the city is asking for over $24 million for the first five years. Over $16 million will go toward purchasing and renovating the building and about $8.5 million for the operating costs.

Additionally, the city will also contribute over $4.2 million toward the purchase.

Critics of the deal say there was not enough public input, especially after a navigation center (homeless shelter) was opened in the city earlier this year.

“We already have a 174-bed navigation center that’s on Beach Boulevard, that was built so that we could enforce our vagrancy and anti-camping laws to get the homeless population transitioned into the County’s services and ultimately back into society,” Casey McKeon, a real estate developer and former finance commissioner of the city, told The Epoch Times.

McKeon said the council’s decision was “shrouded in secrecy,” as it was held at 2:00 p.m. on a Wednesday afternoon when most of the public is at work. Council’s vote was made during a special meeting, which requires notifying the public only one day in advance.

“The question is, what’s driving this if we already have the navigation center …”

Councilman Mike Posey said this project is a different type of housing from the navigation center.

“There’s several levels of sheltering needs for the homeless as they get reintegrated to become taxpayers again,” Posey told The Epoch Times. “And the navigation center is really the first step in getting them off the streets so they’re sheltered. HomeKey, or this hotel/motel conversion, delivers more permanence and housing—you’re not on a cot in a tent.”

Posey said there is a process for getting homeless people off the streets: a mental health or medical evaluation, the navigation center, more permanent housing such as HomeKey, and then a voucher for an apartment.