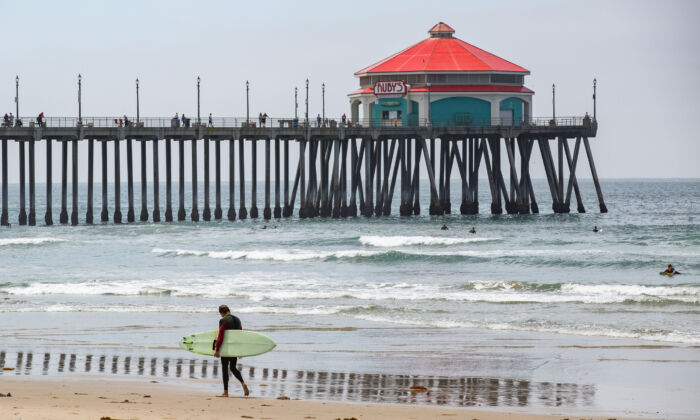 Huntington Beach officials say they are still in the “very early stages” of negotiating with the 2028 Los Angeles Olympic committee to hold a trio of events locally.

“The City of Huntington Beach hopes to prove to LA2028 that Surf City has the infrastructure, layout, and amenities to best host these events,” Huntington Beach spokeswoman Jennifer Carey told The Epoch Times.

But some officials say they are concerned about the financial impact to the city if it were to host the games.

“I definitely know we could be a great host city,” Huntington Beach Councilman Erik Peterson told The Epoch Times. “But I just want to make sure the city’s covered from a financial standpoint and that we are not losing money or going into debt for something that honestly we don’t need.”

The full estimated cost will not be known until the city gets further in its talk with Olympic committee officials.

What the International Olympic Committee would also require the city to pay for is also unknown, according to Peterson, who said the city could potentially be stuck with the bill for added security measures from its police and fire departments, as well as setup and tear-down of all the events, among other items, which can add up quite quickly.

The games are scheduled for July 21 through August 6, when the city already has thousands of tourists staying at its hotels and utilizing its beaches. The Olympic games, especially surfing, would put a large strain on the city’s infrastructure, and would likely require closing down at least half the beach for a long time, Peterson said.

It’s not likely in the city’s best interest to compromise its budget to get more name recognition, as other cities have done in the past, according to Peterson.

“A lot of cities, when they host the Olympics, it’s to try to get name ID,” Peterson said. “It’s not like Huntington needs the advertisement, right? We don’t need to spotlight Huntington as some destination that people don’t know about.”