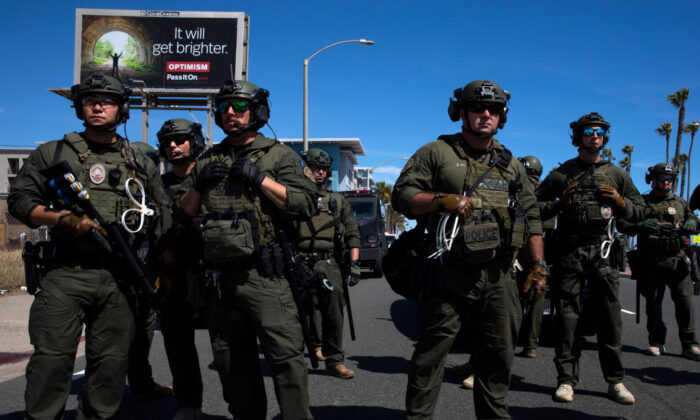 The Orange County District Attorney’s Office has charged a former Huntington Beach Police Department crime scene investigator with stealing drugs from a suspect’s vehicle, swallowing the evidence, and then driving a police vehicle home while under the influence.

Orange County District Attorney Todd Spitzer said in a Dec. 22 press release announcing the charges that he was “disappointed and angered” by the suspect’s conduct.

“It is ludicrous that someone processing a crime scene would even think of—much less act on—stealing evidence from a crime scene and then using that evidence for their own recreational purposes,” Spitzer said.

“The public has an expectation that law enforcement employees—whether they are sworn or civilian—will conduct themselves in a way that is in accordance with the laws they are tasked with enforcing.”

Lotts was working as a civilian crime scene investigator—not a sworn officer—for the Huntington Beach Police Department when he was assigned to photograph a vehicle belonging to an attempted murder suspect.

While taking shots of the vehicle, Lotts photographed several pills inside the vehicle—and then allegedly ingested at least one of the pills. The pills were later identified as Flualprazolam, a rare designer drug.

Lotts then allegedly drove a Huntington Beach Police Ford Explorer to his home while under the influence of the drug.

“He drove it to the scene, and then drove it to his home” after swallowing the pill, Kimberly Edds, the DA’s public information officer, told The Epoch Times.

Edds said that the DA’s Office had sufficient evidence to charge Lotts on all counts, but how the information was obtained remains part of the investigation and could not be disclosed.

“Our deputy DAs are looking at absolutely everything, but they can only file charges that they can prove beyond a reasonable doubt,” she said.

Lotts, who resigned from the police department in lieu of termination, is scheduled to be arraigned on April 9, 2021, at the Stephen K. Tamura Justice Center in Westminster.

He faces a maximum sentence of two years in the Orange County Jail if convicted on all charges.