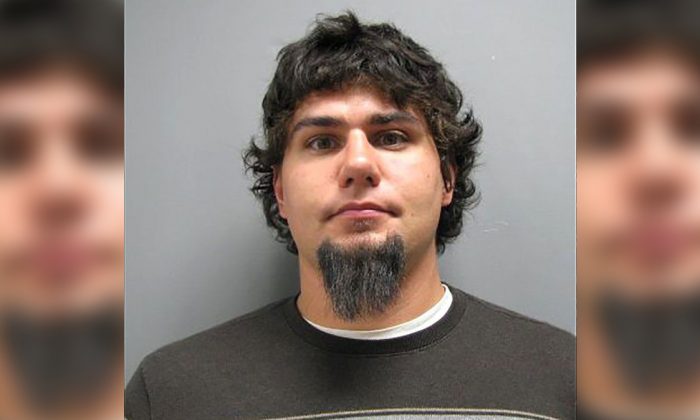 Thomas Jadlowski may face charges for fatally shooting a neighbor while hunting after dark. (Chautauqua County Sheriff's Office)
US News

Hunter Who Shot Neighbor After Dark May Face Charges

The hunter who fired a shot in the dark and killed a New York state neighbor may face charges for his actions.

Thomas Jadlowski fired a shot from his high-powered hunting handgun from about 200 yards at what he thought was a deer in a field behind the residence of Jamie and Rose Billquist in the town of Sherman, New York.

His shot struck Rose Billquist, who was out walking her dogs. The bullet struck her hip and caused fatal damage.

Jadlowski did not have permission to hunt on the property. He was also hunting 40 minutes after sunset, which is illegal.

A grand jury will decide whether the man should be charged with any crimes, WGRZ News reports.

Jadlowski rushed to her aid when he heard Billquist scream. He immediately called 911 and tried to apply pressure to the wound to stop the bleeding.

Ranged against him are a number of acts: though a licensed hunter, he did not have permission to hunt on that property. He was hunting after the legal time limit for the day. And he contravened basic gun safety rules by firing at a target he could not definitively identify.

Chautauqua County District Attorney Patrick Swanson told The Buffalo News on Nov. 27  that he would be meeting with representatives from the Sheriff’s Office and the state Department of Environmental Conservation to consider the case.

District Attorney Swanson said that if criminal charges are filed, they would likely be either second-degree manslaughter based on reckless conduct causing death or criminally negligent homicide, the Buffalo News reported.

Second-degree manslaughter is also called “reckless manslaughter.” The New York state homicide statute reads: “ … a person is guilty of Manslaughter in the Second Degree when that person recklessly causes the death of another person.”

Second-degree manslaughter is a class C felony and carries a maximum sentence of 15 years in jail.

A criminally negligent homicide occurs when, “with criminal negligence, he causes the death of another person.”

Criminally negligent homicide is a class E felony with a maximum penalty of four years in prison.

District Attorney Swanson identified the weapon as a Thompson/Center Contender, a pistol which Swanson said is “essentially a rifle.” The Thompson fires the same ammunition as a rifle, but its dimensions fit just within the legal definition of a handgun.

The town of Sherman, New York, has about 1,600 residents. Rose Billquist was well-known in town. She was an avid runner and cyclist who liked to help out in the community, her husband told WGRZ News.

District Attorney Patrick Swanson grew up in Sherman and knew both families, but not enough to need to recuse himself.

“I don’t know either party well enough to have a strong feeling one way or the other,” he told WGRZ News.

Swanson says that he appreciated that Jadlowski immediately called 911 and rushed to help the victim. He is also aware that public opinion is strongly against Jadlowski. None of that matters he said, saying they’d “consider the conduct that led to the result, not the reaction of people afterward.”

The public response to Jadlowski’s actions has been overwhelmingly negative.

WGRZ interviewed former New York Attorney General Dennis Vacco about why it was taking so long for charges to be announced, and what those charges might be.

Vacco explained that in a case involving serious injury or death, the legal establishment had to take much greater care in determining what and when a suspect thought and knew before acting.

While Vacco said there was negligence involved, the question he put forth was whether or not it was criminal negligence.

“I think that the DA’s office and the Sheriff’s Department ultimately want to know, was this conduct that the hunter engaged in, was it criminal, and if it was criminal, what’s the difference between criminally negligent conduct versus reckless conduct,” Vacco told WGRZ.

“There’s a big difference because under our homicide statutes if they chose to charge him with criminally negligent homicide it means that he didn’t perceive the risk, he didn’t understand that there was a risk in the fashion that he shot that pistol that night.

“Whereas, reckless conduct, which results in a potentially higher charge under our homicide statutes, manslaughter in the second degree, involves whether or not the hunter knew that there was a risk and disregarded it,” he said.

Do you think Thomas Jadlowski should be charged and if so, with what crimes? Post your comments below.