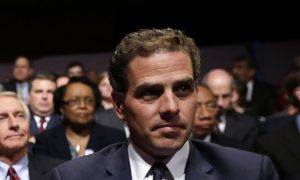 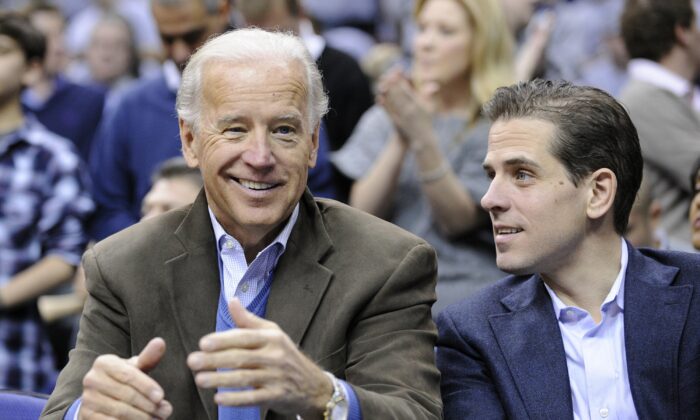 The Ukrainian gas firm where Hunter Biden was employed as a board member, Burisma Holdings, allegedly pressured the Obama administration to end corruption allegations against them during the 2016 election cycle, according to a report.

Newly released memos obtained by award-winning journalist John Solomon through a Freedom of Information Act lawsuit show a series of email exchanges—with the subject line “Burisma”—among the U.S. officials who sought to set up the meeting.

Solomon found that Hunter Biden’s name “was specifically invoked by [a] Burisma representative as a reason the State Department should help.”

“She noted that two high profile U.S. citizens are affiliated with the company (including Hunter Biden as a board member).”

“Tramontano would like to talk with U/S Novelli about getting a better understanding of how the U.S. came to the determination that the company is corrupt,” the email stated.

“According to Tramontano there is no evidence of corruption, has been no hearing or process, and evidence to the contrary has not been considered.”

At the time, Novelli was the “most senior official overseeing international energy issues for State” Solomon explained, adding that Tramontano was working as a lawyer for Blue Star Strategies, a Washington-based public relations firm hired by Burisma to end the corruption investigation against the gas company.

According to the email exchanges, Tramontano and Novelli were scheduled to meet on March 1, 2016, however it is not clear if the meeting actually took place, according to Solomon.

The records show that Devon Archer, who was also employed as a board member at Burisma alongside Hunter Biden in 2014, set up a meeting with Secretary of State John Kerry the following day, on March 2. The reason for the meeting is unclear. Archer and Hunter Biden were also business colleagues at an American company called Rosemont Seneca Bohai LLC.

An email dated March 2 from Kerry’s office manager read: “Devon Archer coming to see S today at 3 p.m.—need someone to meet/greet him at C Street.”

Solomon explained that “S” is a shorthand often used in State emails to describe the Secretary of State.

In the weeks following the dates of the two meetings, Joe Biden threatened to withhold $1 billion in aid from Ukraine unless then-president Petro Poroshenko ousted Shokin, who was probing Burisma.

Shokin later swore that he was pressured to resign unless he dropped the investigation. Poroshenko personally spoke to him and cited Biden’s pressure as the reason he wanted Shokin to resign, Shokin said.

Hunter Biden Received Over $83,000 a Month for Work in Ukraine

The former vice president’s son made a little over $83,000 a month for his work while serving on the board of Burisma, according to a report.

According to payment records that two former Ukrainian law enforcement officials told Reuters were from Burisma, the company paid about $3.4 million to Rosemont Seneca Bohai LLC between April 2014 and November 2015.

The records showed 18 months in which two payments of $83,333 per month were paid to Rosemont Seneca Bohai for “consulting services,” according to Reuters. The two former law enforcement officials said one payment went to Archer and the other went to Biden.

The outlet said it wasn’t able to independently verify the authenticity of the documents or how much money Hunter Biden received.

According to bank records from 2014 and 2015, Rosemont received funds from Burisma and paid more than $850,000 in total to the younger Biden.

The money Biden got was largely unearned, one source close to Burisma told Reuters. “He was a ceremonial figure,” the source claimed.

Reuters reported, citing interviews with more than a dozen people, including executives and former prosecutors in Ukraine, that Biden’s role with Burisma included providing advice on legal issues, corporate finance, and strategy.