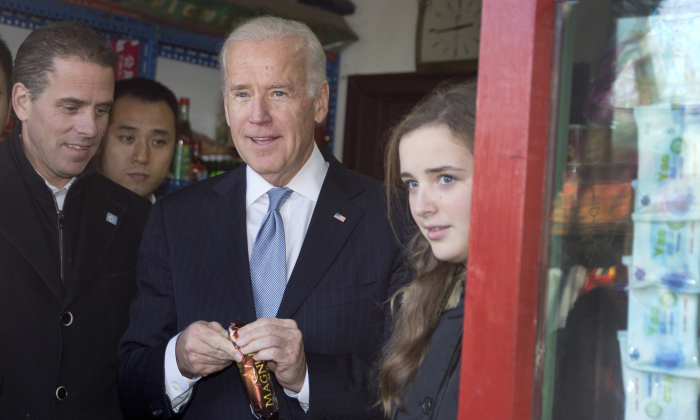 Senate Finance Committee Chairman Chuck Grassley (R-Iowa) identified Hunter Biden, the son of former Vice President and 2020 Democratic presidential candidate Joe Biden, as the source of a potential conflict of interest as part of a congressional inquiry into the purchase of a U.S. maker of anti-vibration technologies.

The company was acquired by a Chinese Communist Party-owned aviation company and an investment firm with ties to the Party.

In a letter to Treasury Secretary Steven Mnuchin on Aug. 14, Grassley requested a copy of the National Security Threat Assessment tied to the transaction, asked for details about the approval timeline, and inquired about whether the White House was briefed on the relevant deliberations.

The Obama-era Committee on Foreign Investment in the United States (CFIUS) approved the transaction when Joe Biden was the vice president. Hunter Biden and Chris Heinz, the stepson of former Secretary of State John Kerry, both reportedly had stakes in Bohai Harvest RST, the firm that acquired Henniges, the anti-vibration technology manufacturer.

“The appearance of potential conflicts in this case is particularly troubling given Mr. Biden’s and Mr. Heinz’s history of investing in and collaborating with Chinese companies, including at least one posing significant national security concerns,” Grassley wrote. “This history with China pre- and post-dates the 2015 Henniges transaction.”

Grassley cited several examples which suggest that conflicts of interest may have tainted the approval process.

In an early example, Hunter and Joe Biden flew to China in December of 2013, one month after the merger involving the Hunter Biden-founded firm that created Bohai Harvest RST. During the trip, Hunter Biden helped arrange a meeting between Jonathan Li, the CEO of Bohai Capital, and then-Vice President Biden. Hunter Biden then had a private meeting with Li. After the trip, the business license of Bohai Harvest RST was approved.

CFIUS approved the transaction even though the Chinese aviation company was reportedly involved in the theft of sensitive data related to the Joint Strike Fighter program. The stolen data ended up being incorporated into China’s J-20 and J-31 aircraft.

In his inquiry, Grassley references the acquisition of Canadian mining company Uranium One by a Russian company that was similarly approved by the CFIUS. The beneficiaries of the transaction funneled millions of dollars to the Clinton Foundation, at a time when Hillary Clinton was secretary of state, raising concerns that the approval was a pay-to-play scheme.

The senator gave Mnuchin until Aug. 29 to respond to the inquiry.

The letter extensively cites the work of Peter Schweizer, the director of the Government Accountability Institute. Schweizer’s extensive exposé of the Uranium One transaction has resulted in a Justice Department inquiry; it’s unclear if the probe is ongoing or has wrapped up.

The Epoch Times requested comments from the Treasury Department, the Government Accountability Institute, Joe Biden’s campaign, Bohai Harvest RST, and Hanniges; none had responded by the time of publication.