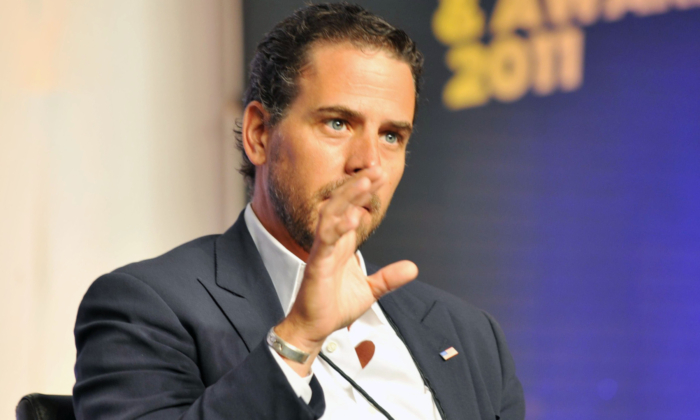 A longtime associate of President Joe Biden’s son was sentenced on Feb. 28 to one year and one day in jail for defrauding a Native American tribe.

Devon Archer was convicted for participating in a scheme to bilk the Wakpamni Lake Community Corporation of the Oglala Sioux Tribe of tens of millions of dollars. The tribe didn’t answer a phone call on Monday.

Archer was sentenced by U.S. District Judge Ronnie Abrams, an Obama nominee who split the ground between prosecutorial and defense sentencing recommendations.

Prosecutors asked for 30 months in prison, arguing for the same sentence as the one handed down to Bevan Cooney, a co-defendant. Prosecutors noted that there were 10 or more victims of the scheme, which caused a loss in excess of $25 million, and said guidelines would lead to a sentence of between 108 and 135 months, but decided not push for a longer sentence because of a “need to avoid unwanted sentencing disparities.”

Matthew Schwartz, representing Archer, claimed his client was “plainly kept in the dark” about much of the scheme and himself lost “a substantial amount of his own money” while receiving nothing from the plot. Schwartz asked the court for no jail time.

Abrams told the courtroom that the fraud was too serious for a sentence of no time behind bars but that the COVID-19 pandemic prompted her to give a shorter sentence than the one prosecutors sought, the New York Post reported.

Abrams also ordered Archer to forfeit some $15.7 million and pay over $43 million in restitution.

Abrams is the same judge that tossed Archer’s conviction in 2018, only for an appeals court to reinstate it in 2020.

The Supreme Court rejected an appeal from Archer in late 2021.

Archer has been linked with Hunter Biden, President Biden’s son, for years.

Hunter Biden is currently under investigation by federal prosecutors.

Hugh Dunkerley, the other defendant, recently successfully pushed his sentencing back to later this year.