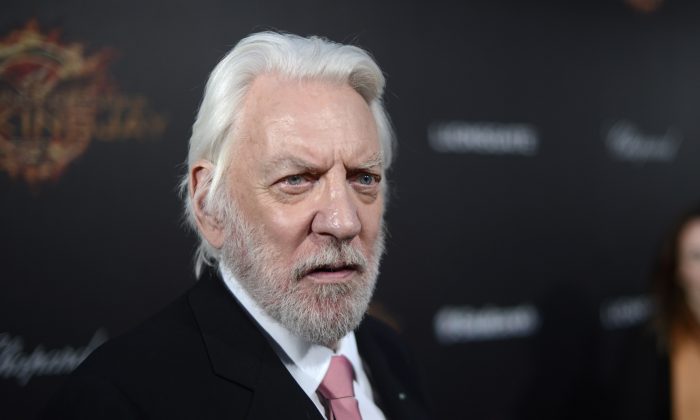 The Hunger Games: Mockingjay – Part 1was the top-viewed trailer on YouTube in the week ending June 30, according to a report.

The Hollywood Reporter, citing technology firm Zefr, said the trailer was No. 1 and got 1.06 million views in its first week on YouTube.

The Teenage Mutant Ninja Turtles’ second trailer was ranked as No. 2 on YouTube. After that was Fury, a World War II tank movie with Brad Pitt, Shia LeBeouf, and Logan Lerman.

Following that was Dracula Untold and The Interview.

In the Hunger Games trailer, President Snow–played by veteran actor Donald Sutherland–talks about what’s to happen.

“Today we celebrate the proud men and women who live and breathe their districts. Today we are one Panem,” he says in the video.

A few days ago, actor Stanley Tucci, who will reprise his role as Caesar Flickerman, said the Mockingjay films work as two movies.

“I think it does make sense to split it into two movies. You don’t want to cram a lot of information into one. You’d either have one sort of very long movie or…We know those characters so well that we want to take the time to see their progression,” he told IGN.

He also describes his character as “terrified” and “the ultimate coward.”

A few weeks ago, filming for Mockingjay wrapped up. “That’s a wrap. Thank you @SuzanneCollins Thank you @Hibbits Thank you HG Fans. Other than that, I’m speechless,” producer Nina Jacobson wrote on Twitter, showing Jennifer Lawrence and Liam Hemsworth hugging.

And actor Sam Clafin said thanks to the producers for the chance to play his character, Finnick.

“I just want/need to express my many thanks to everyone (cast, crew & fans) who have worked so hard for so long to make The Hunger Games experience what it is,” he tweeted, according to Just Jared. “But for also trusting me enough to let me be part of it. I feel privileged, honoured and so very lucky to have shared this opportunity with so many passionate & talented people. #dreamjob @TheHungerGames @lionsgatemovies x.”