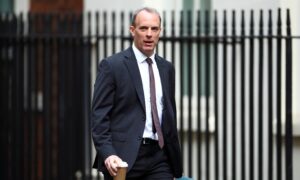 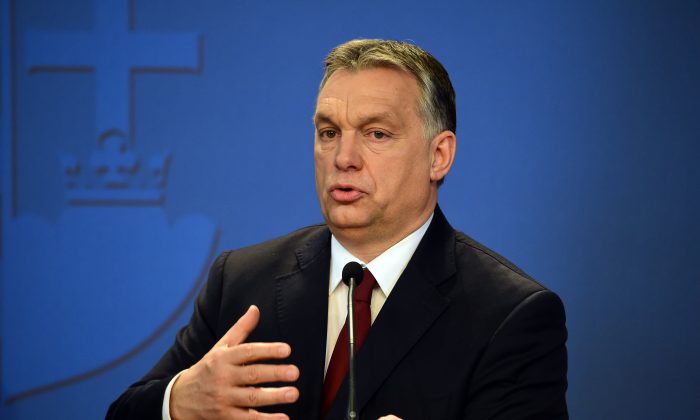 Orban, who has built razor-wire border fences to stop migrants, said in Romania that Trump’s ideas about the need for the best intelligence services and his opposition to “democracy export” were also applicable in Europe.

“I am not Donald Trump’s campaigner,” the Hungarian leader said at a cultural event in Baile Tusnad, Romania, an area with a large Hungarian population. “I never thought that the idea would ever occur to me that he is the better of the open options for Europe and Hungary.

“I listened to (Trump) and I have to tell you that he made three proposals to stop terrorism. And as a European, I myself could not have drawn up better what Europe needs.”

Trump: ‘There Can Be No Prosperity Without Law and Order’

Orban, who returned to power in 2010, has often been criticized by the European Union, the United States and others for his policies to centralize power, control civic groups and increase government influence over media.

Democratic presidential contender Hillary Clinton visited Hungary in 2011 as secretary of state, and expressed U.S. concerns over the independence of its courts and the press and government corruption.

Orban, whose speech was broadcast live on Hungarian state media, blamed the West for intervening unsuccessfully in countries like Egypt and Libya. While Hungary was not “indifferent” to the state of political and human rights in Turkey, he said its stability was most important.

“If I’m asked what is Hungary’s strongest expectation regarding Turkey today, we will put stability first,” Orban said. “If Turkey becomes unstable, many tens of millions of people from that region will hurtle toward Europe without any sort of filtering, screening or control.”

Orban was again very critical of the EU leadership in Brussels.

“Europe’s current political leadership has failed,” Orban said, adding that the EU was “fooling itself” if it still viewed itself as a “global actor,” saying that era had ended with the vote by Britain to leave the 28-nation bloc.

Orban again said individual countries in Europe should have more authority to make their own decisions on specific issue like migration.

“Our problem is not in Mecca but in Brussels,” Orban said. “The bureaucrats in Brussels are an obstacle for us, not Islam.”

Answering questions after his speech, Orban said Europe needed to set up its own army.

“A European army must protect the continent from two sides, from the east and from the south, in terms of protecting against terrorism and migration,” Orban said, according to his office.

Orban did not directly address comments by Trump that called into question U.S. commitments to NATO’s mutual defense clause, but said he had changed his mind about NATO being enough in its current form to ensure the peace in Europe.

Hungary shut its borders with Serbia and Croatia last year, greatly stemming the flow of migrants coming from Turkey through Greece and further north into the EU.