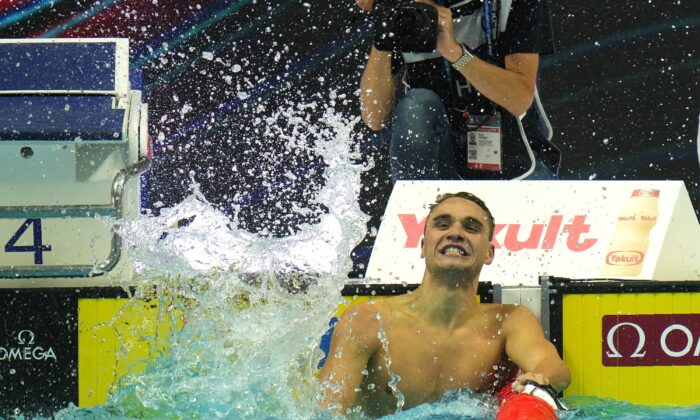 BUDAPEST, Hungary—Hungary’s Kristóf Milák set a world record in the men’s 200 butterfly at the swimming world championships on Tuesday.

Milák finished 3.03 seconds in front of French swimmer Leon Marchand and 3.27 ahead of Japan’s Tomoru Honda.

It’s Hungary’s first medal at this swimming worlds edition and Milák is the first swimmer to win the men’s 200 butterfly at a worlds in front of a home crowd.